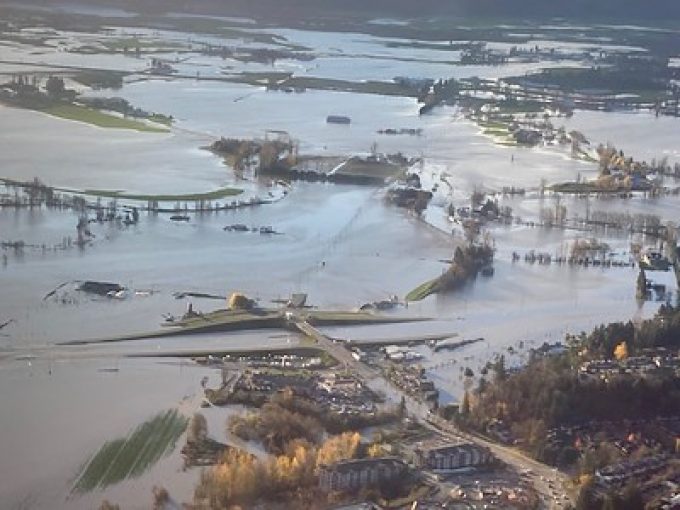 Ministry of transport and infrastructure, British Columbia
By Ian Putzger in Toronto
17/11/2021

For the second time this year, severe weather has severed cargo flows between Canada’s largest port and the interior.

Torrential rain has halted rail traffic to and from the port of Vancouver and paralysed major road arteries linking the area to the rest of the country.

Storms battered southern parts of British Columbia, a mountainous and heavily forested area, dumping as much as 252 millimetres of rain on parts of the province in just 48 hours, washing away sections of major highways and causing landslides to block roads, with two towns evacuated and other communities cut off.

Tracks of both Canadian Class I railways have been affected by the conditions.

“All intermodal and carload traffic, northbound and eastbound, from Vancouver, as well as inbound from east/north of Kamloops, is affected,” Canadian National (CN) told customers.

One CN train was partially derailed on a washed-out line north of the town of Yale. According to the carrier, there were no injuries, fire or cargo spill as a result of the incident.

And Canadian Pacific confirmed that its operations had been interrupted by track outages near the town of Hope.

It is unclear how severe the damage to tracks is, or how long it will take to restore rail services through the region. CN reported that it had not been able to assess the damage so far, and said: “Crews are ready to safely tend to the affected sites, but await stabilisation of conditions to begin work.”

The full extent of the weather damage may be considerably worse than estimated. The transport ministry of British Columbia showed images on Twitter of other sections of rail line that appear to have been damaged too.

And roads offer virtually no alternative: all the major highways linking the lower mainland around Vancouver with the interior have suffered closures due to washed-out sections or blockage from landslides. The Trans-Canada highway is closed in both directions for almost 80 km, which only leaves minor highways to connect the region with the rest of the country.

Theoretically, trucks could move from Vancouver through the US to central and eastern Canada, but some highways in Washington state have also been blocked by the weather. Moreover, drivers would require Covid-19 tests to cross the border.

This is the second time this year traffic between Vancouver and the Canadian interior has been blocked by severe weather. In July, it was extreme heat and fires that snarled-up traffic and forced both Canadian rail carriers to temporarily shut down their networks in British Columbia.

Predictably, the disruption will aggravate the congestion at the port of Vancouver. The Vancouver Fraser Port Authority told customers via its website: “Vessel delays and heightened anchorage demand are expected due to the disruptions to terminal operations.

“We are working closely with our terminal operators, railways and all levels of government to understand the impacts of these delays on terminal operations and to develop a recovery plan.”

Maersk says it expects to see “early signs of a pre-Chinese New Year rush in ...

CN drops out of race for KCS, leaving CP to merge with the US Class 1 railway