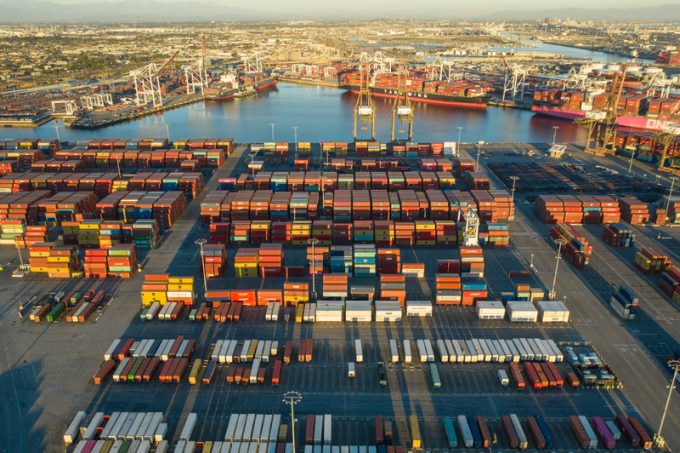 Container lines are making determined efforts to get boxes back into position and to return to some schedule integrity – but it is unclear how likely they are to succeed.

The spectre of the port of Los Angeles imposing charges for empty containers sitting on its docks is fading as the port authority mulls over alternatives. At the same time, carriers have stepped up their efforts to shift empty boxes to Asia.

At the beginning of January, Gene Seroka, the port’s executive director, had announced plans to charge $100 for every empty container on the premises for nine days or more, a fee that would increase by $100 increments with every passing day.

This plan is on the shelf at the moment, as the port is studying other scenarios that employ more carrot than stick. It is looking for incentives for the ocean carriers to move more empties on outbound journeys.

However, port officials have stressed that they don’t want to encourage lines to rejected loaded export containers to take on more empties. US exporters have accused carriers of leaving their cargo on the docks to rush empties to Asia to take advantage of the higher rates on the eastbound sector.

By late January, empty boxes made up about 45% of all the containers at Los Angeles and neighbouring Long Beach – twice the share they had before the pandemic.

But the pressure has eased in recent weeks as carriers deployed more sweeper vessels to haul empties to Asia. Between late October and the end of January, 27 such voyages were made from LA, carrying more than 68,000 boxes and 29 sweeper ships removed about 76,000 empties from Long Beach.

However, there are limits to how many sweeper moves lines can carry out, noted Craig Grossgart, SVP global ocean at Seko Logistics, himself a former liner executive.

“Ships are hard to come by,” he said, adding that the effort costs both the lines and terminal operators money.

According to the port authorities, by now most container lines have agreed to haul not only their own empties but also those of their competitors, removing a complexity that has encumbered efforts to whittle down the pile of empties on the docks. It remains to be seen if these efforts bear sufficient fruit.

And the overall problems with congestion at the ports have not receded.

Bob Imbriani, VP corporate development of Team Worldwide, believes the situation is worse than ever, pointing to port congestion on both ends of the Pacific routes, which augurs more delays. According to a report by Sea-Intelligence, only one in 10 ships in the transpacific arena arrived on schedule during December, plumbing new lows of schedule reliability.

With vessels bunching up at Asian as well as US west coast ports, container lines are blanking vast numbers of sailings, said Akhil Nair, VP global carrier management and ocean strategy at Seko. From Pusan, the number of blanked scheduled sailings is up by two-thirds, while from Hong Kong and Singapore, the changes are 116% and more than 200%, he noted, citing statistics from software firm Project 44.

“Blanking is the only way for the lines to get back on schedule,” said Mr Grossgart. “They will last until the carriers are back on base.”

In light of the level of congestion and predictions of demand maintaining momentum, the challenges for forwarders and beneficial cargo owners will not be sailing away any time soon.