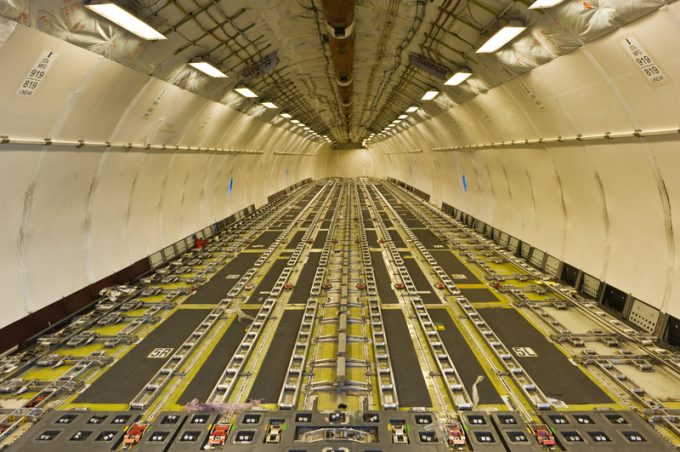 The move follows a poll of its members revealed that only 2% thought the industry should stick with traditional weight-based load factors.

However, IATA appears resistant to the change, which would help buyers of air freight, as well as governments and regulatory authorities, better understand aircraft utilisation.

Dynamic load factors, published by Clive Data Services, measure how full an aircraft is by considering both volume and weight. But Tiaca says weight load factors are “misleading and paint an unnecessarily negative image of the airfreight industry”.

It points out that in most cases, the space in an aircraft runs out before it reaches maximum weight – which has been particularly true recently, with shipments such as e-commerce and PPE.

By weight, September’s load factors were just 47%, despite evidence showing that the market, currently 20% below last year’s capacity, is tight. But using the dynamic load factor, aircraft were 70% full; aircraft are in fact 38% more utilised than weight load factors, as published by IATA, show.

“Looking only at weight-based load factors is not enough anymore and can lead stakeholders to wrong conclusions. We must establish a common benchmark on the utilisation of air cargo capacity, particularly if airlines want forwarders and shippers to understand why rates behave as they do.

“It is otherwise difficult to explain why rates are spiking when the (traditional) load factor measurement suggests aircraft are operating only half-full.”

Clive launched its dynamic load factors in 2018, following Project Selfie, which asked airlines to provide relevant information. They did, and it has since become an award-winning initiative, backed by The Loadstar.

But for the industry to change the way it calculates load factors requires buy-in from IATA. Asked in January 2018 whether it would make changes, it responded: “As the industry has evolved and commodities transported have evolved, IATA is keen to look at this area of industry analysis in keeping with our view that all aspects of the industry should be continually reviewed.

“We therefore will be inviting a number of industry experts who have expressed a view in this area to join us in a think-tank to review and determine if we can collectively identify something more relevant for today.”

However, contacted this week by The Loadstar, IATA failed to respond and, anecdotally at least, there has been no industry information about a ‘think tank’ on the subject.

The industry does support the change, however. Some 62% of Tiaca members polled said the industry should use both measurements, while 36% said only dynamic load factors should be used. Just 2% wanted to see weight load factors used exclusively.

Steven Polmans, Tiaca chairman, said: “So many business decisions in air cargo industry are influenced by the perceptions of cargo load factors which do not show the true figures. Adopting the dynamic load factor will enable cargo professionals and stakeholders to make informed decisions based on timely and more accurate data.”

“Project Selfie, and the resulting dynamic load factor, is a great example of a simple way of improving the air cargo industry, and making the data more relevant for its stakeholders,” said Gavin van Marle, managing editor of The Loadstar.

“We hope to see it implemented across the industry, and are pleased to support a change that will benefit shippers, forwarders and airlines themselves.”