News / The chips stay down for carmakers, with no open road in sight 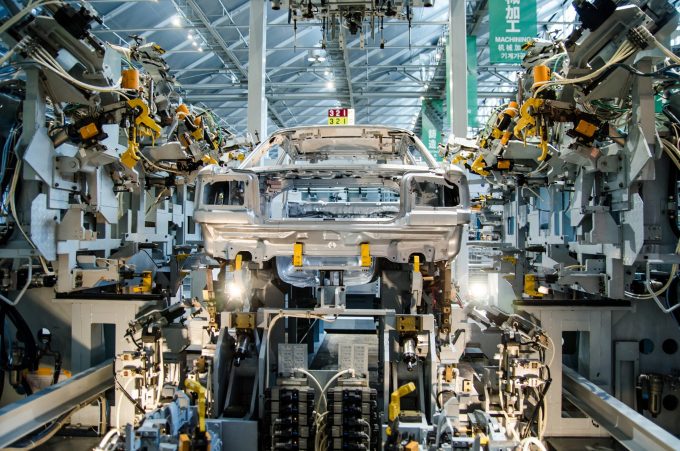 Shareholders in Toyota had little room for cheer last month, as the world’s largest automaker expects to miss its production target of 9m vehicles for the year.

The blame is laid mainly on a year-long shortage of semiconductors.

The company will build 700,000 cars this month, up from a year ago, but 150,000 short of target, and management can’t predict how long the shortage of chips will last.

The US Department of Commerce released a report last week which shows that the median inventory held by consumers of semiconductors was down to five days’ worth of stock, way behind the 40 days of 2019.

And demand for chips has risen 17% over 2019, the study shows, but production has not kept pace and there is little hope of it catching up any time soon. The majority of chip producers are already operating at utilisation rates of 90% or higher.

The report, which was based on input from 150 companies in the semiconductor supply chain, shows a “significant, persistent mismatch in supply and demand” and concludes that respondents did not expect the problem to be resolved in the next six months.

According to the report, the impact has been particularly hard on the auto, medical device and broadband industries.

Robert Gulyas, global VP automotive and industrial at Crane Worldwide Logistics, says production targets last year were around 10m cars short, resulting in $61bn in lost revenue, and about 90% of the auto industry’s predicament is related to the chip shortage.

There have been supply chain disruptions impacting other components, from aluminium to rubber parts, but these have been manageable, he added.

“You can somehow get the alloy, the rubber, but the chip isn’t coming, and without the chip you can’t build many parts of the car.” The auto industry is facing an uphill struggle, according to Mr Gulyas.

There is fierce competition for semiconductors, especially from the consumer electronics industry. The auto sector is haunted by its historical procurement strategy, built around tight contracts and stiff penalties for suppliers that missed targets. Other sectors have less harsh contract terms, and considerably fewer chips are needed for a cell phone than for a car, so margins are more appealing in the phone sector.

In the present market, orders for increased numbers of chips have to be made a long way in advance – lead time to change an order is now 52 weeks, said Mr Gulyas.

Automakers and their tier-one suppliers have procurement teams scouring the planet for additional supplies. If they are successful, their logistics providers go into overdrive to get the precious catch as quickly as possible to production lines, and in terms of mode there is usually no choice.

“The lead time for chips has always been the lowest in the transport market. They were transported by air anyway,” said Mr Gulyas, adding that over the past year the use of charters has increased tremendously.

And some automakers have been bruised more than others: BMW has come through the past year relatively well, which was due to good planning, according to industry observers, and the experience has reinforced the importance of supply chain visibility, says Mr Gulyas.

“This crisis helps everybody understand that end-to-end visibility is something you need to invest in,” he said. “The technology for that already exists. It’s nothing fancy like blockchain. It wasn’t pursued before because it wasn’t really needed.”

Companies in many industries have stressed the need to reconfigure their supply chains, moving from the just-in-time concept to more flexible configurations. This has not happened in automotive, which pioneered the just-in-time philosophy and where everything is geared toward relentless efficiency.

“The name of the game is still just-in-time, and it would be difficult to change that any time soon,” Mr Gulyas said.

The US administration has concluded that domestic chip production has to be nurtured and is working on legislation to free $42bn in funding for such capabilities. In addition, it intends to give $45bn in grants and loans to support supply chain resilience and manufacture of “critical goods in the US”.

Assuming that this legislation is ratified, it will still be some time before new chip-making capacity is ready. The road ahead for the auto industry remains bumpy .

On the wires: How Amazon gets under your (logistics) skin