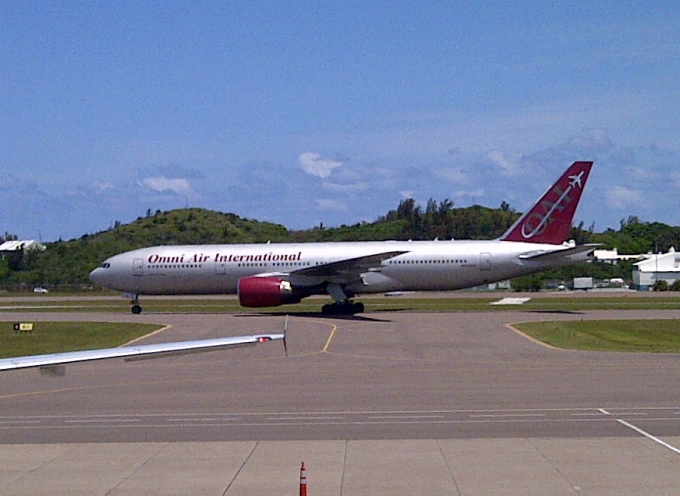 ATSG has simultaneously diversified its revenue stream, provided itself with a line of conversion feedstock and boosted annual revenue by some $430m, thanks to the $845m cash acquisition of Omni Air.

Announced yesterday, the deal gives the ever-expanding ATSG 13 more aircraft – all passenger models – and a stronger foothold in the US Department of Defense (DoD) and other government contract business.

The combined businesses will bring in some $1.4bn in revenue.

Joe Hete, CEO of ATSG, said in a call to investors he was “enthused to be adding an outstanding set of assets” to the company.

“It diversifies our revenue streams … and expands our relationship with the DoD and government work.”

Some 70% of Omni Air’s turnover comes from the DoD, the rest is from other government contracts and commercial customers.

Omni Air, which offers ACMI and charter services, as well as aircraft management, has a fleet of seven 767-300s, three 767-200s and – an interesting addition for ATSG – a fleet of three 777-200s. Completion of the deal this quarter will give ATSG 88 aircraft, and 90 by the year end, added Mr Hete.

Rich Corrado, chief operating officer, added: “The passenger 767s give us future potential feedstock …[we can] roll them out to cargo conversions.

“One of the attractive things was the 777 platform. It gives us intercontinental opportunities. DHL recently said it would acquire 777s, and it’s a viable opportunity to be a service provider for them. It also opens the US to other markets and really opens up some opportunities that we don’t serve on the cargo side.”

He said the purchase would give ATSG the ability to “immediately scale into passenger transport with 767 and 777 operations, as well as the “potential addition of cargo capability at Omni Air”. 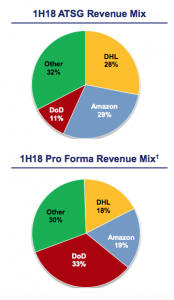 The management team also noted the lack of “responsibility” in filling the aircraft, no exposure to fuel and the lack of seasonality in Omni’s operations.

Omni will remain as a subsidiary, ATSG noting to the experience in its management team. That would mean, however, that fewer synergies would be realised, limited to things such as combining insurance policies and maintenance.

The deal was financed by a combination of expanding ATSG’s debt facility and using its revolving credit facility. However, CFO Quint Turner said it would not affect ATSG’s ability to invest in more aircraft.

“We’ll still be quite comfortably leveraged – it probably enhances our ability to grow investments. So it doesn’t change [our ability to acquire new assets] in the least.”

The acquisition makes ATSG an even closer rival to Atlas Air, which has strong DoD and government contract business, but which has diversified its business in recent years. Pemco, ATSG’s conversion company, is the one business now that separates ATSG from Atlas in terms of diverse revenues.