News / Supply-demand balance firmly in the red: a bumpy road still ahead for shippers 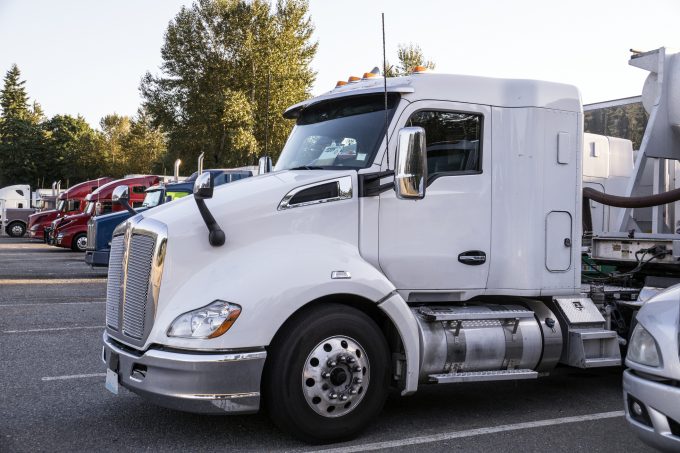 US shippers are headed into a tight trucking market, with plenty of challenges and elevated pricing and no relief in sight until 2022.

In the less-than-truckload (LTL) sector, most carriers are operating between 3,000 and 6,000 shipments a day over capacity.

Whereas demand has been going strong, truckers are hamstrung by the driver shortage. In the truckload sector, the average driver count in July was 6% below the number recorded in June 2020, and 23% lower than in January. Some 70% of truck firms reported a lower driver count, noted Ben Cubitt, Transplace’s senior VP of consulting & network services.

It appears many drivers have left the industry, partly out of frustration over deterioration in network efficiency, he added. And the driver shortage has forced carriers to idle capacity, many having ‘grounded’ up to 10% of their trucks.

This situation makes the idea of fleet expansion academic. Truck orders have dropped below 30,000 for the first time in nine months, according to Transplace. It has not helped that truck production itself  has been volatile due to supply chain issues.

Because of these factors, Transplace projects active truck utilisation to run at 100% through the third quarter.

This makes it difficult to find capacity for shipments in excess of planned and contracted volumes. The primary tender acceptance rate has dropped into the low 60s from around 80% in the first quarter of 2020, according to Transplace.

“Traditionally, you’ve always found a way to move 30 truckloads. That environment is not there,” said Matt Harding, senior VP data science & engineering. He added that lead times had increased significantly.

The number of truckload shipments booked ad hoc has risen dramatically. In the dry van category, it makes up 22%-31% of volumes, 11%-31% in the temperature-controlled bracket and up to 40% in the flatbed truck segment.

According to Transplace data, spot rates are currently at a 31% premium over contract rates that have climbed 33% from their lows in mid-2020. Overall (spot and contract) rates are up 11%-15% for dry vans, 10%-25% for temperature-controlled trucks and 10%-33% for flatbed trucks.

In the LTL segment, Transplace expects contract renewals to show price increases of between 4.5% and 9.5% through this year before they sink in 2022.

In part, truckers are using rate increases to push away less-profitable freight, such as shipments in excess of 10,000 lb (4,535 kg) or pieces longer than 8ft (2.5m) in the LTL sector

Service levels, on the other hand, have gone down. LTL service levels average 5-10 points worse than 2019 levels, with some carriers’ performance down 10-15%, Transplace found. It advises shippers with critical cargo to either send it one or two days earlier or use a guaranteed service.

In a market where capacity remains extremely tight, shippers should cultivate their relationships with core carriers and expand their pool of carriers at the same time, Transplace recommends. The engagement with core carrier partners should involve more frequent pre-bid negotiations.

“You’re not sourcing a rate. You want to keep core carrier capacity in your network,” Mr Cubitt explained. He also suggested shippers should use intermodal transport more and explore collaborative solutions in that space.

Intermodal clearly is no panacea, however. A shortage of containers and chassis has meant longer dwell times and prompted rail companies to meter or embargo lanes. This is expected to continue at least through August. Capacity is limited and average train speed has sunk to a five-year low – before counting delays from congestion and the chassis shortage, Transplace noted.

Pricing has also shown double-digit upward moves. On average, rail rate increases have played out in the 10%-15% range, but some renewals have seen jumps as high as 25%-30%, said Transplace.

With the Institute of Supply Management’s Purchasing Managers’ Index still above 60, economic conditions and demand look set to remain buoyant, Transplace predicted. That said, there are question marks about possible Covid-19 spikes, and the passage of the US administration’s proposed infrastructure bill that is currently before the Senate could have a significant impact on supply chains and labour sources, Transplace pointed out.

In any case, it is not going to be an easy ride for shippers.