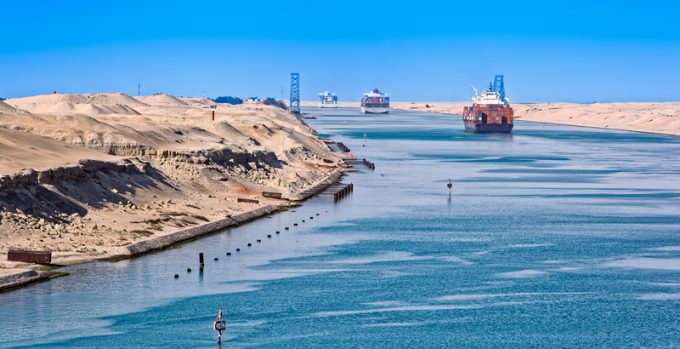 Despite the recent introduction of  low-sulphur regulations, the Suez Canal Authority (SCA) will continue to allow ships transiting the waterway to burn heavy fuel oil (HFO) without the need for scrubbers.

Adding to the confusion for ship managers is a ban by the SCA on the discharge of wash water – used in the open-loop scrubber process – while vessels make the passage.

In effect, this means ships with scrubbers installed must switch off the exhaust gas cleaning systems during the 12-hour passage, thus releasing pollutants into the atmosphere.

In circular 8/2019 issued on Sunday, the SCA it said it puts “no restrictions on fuel oil” for ships using the canal “until ratification of MARPOL Annex V1″ by  Egypt.

The same circular also states it is “forbidden” to discharge sea water into the canal during transit “in any circumstances”.

One observer familiar with Egypt told The Loadstar ratification of Annex V1 “could take years”, given the slow legislative process in the country.

The IMO 2020 0.5% global sulphur cap on marine fuel for ships not fitted with scrubbers came into force on 1 January, having been agreed by all member states, including Egypt. However, governments officially need to pass laws in their own countries for the regulation to become enforceable.

The Loadstar understands there are still many states, like Egypt, that have yet to ratify MARPOL Annex V1, which could undermine the success of IMO 2020 and encourage rogue operators to undercut compliant competitors on secondary trades.

Assuming Egypt does eventually ratify Annex V1, the ban on open-loop scrubbers by the SCA is a further concern for shipowners that have invested in the technology to mitigate the higher cost of LSFO (low-sulphur fuel oil).

Around 80% of the scrubber systems installed on ships are of the open-loop type that use seawater to separate the sulphur content from the fuel before it enters the ships’ exhaust funnel.

There are a limited number of ships with closed-loop scrubbers, which keep the wash water on board for later discharge, and there is hybrid equipment that can switch between the two operations, but both are expensive to install and operate.

The Clean Ship Alliance (CSA), a pro-scrubber lobby, told The Loadstar recently it was “actively engaging” with port authorities over their concerns, but suggested the bans had been put in place after “very little hard research”, with many ports deciding to prohibit their use on the back of bans by others.

Vessels fitted with open-loop scrubbers calling at ports with ban need to switch tanks to compliant fuel before entering the jurisdiction, as is the case for the ultra-low ECAs (emission control areas) of North Europe and the US.

A major export route out of Sudan into Egypt has been blocked by protesters, causing ...

Frustrated shippers with cargo on board the arrested Ever Given are likely to have to ...

Ever Given Evergreen General Average In the dock Suez Worse things happen at sea
May 24, 2021• 0 Comments• Share