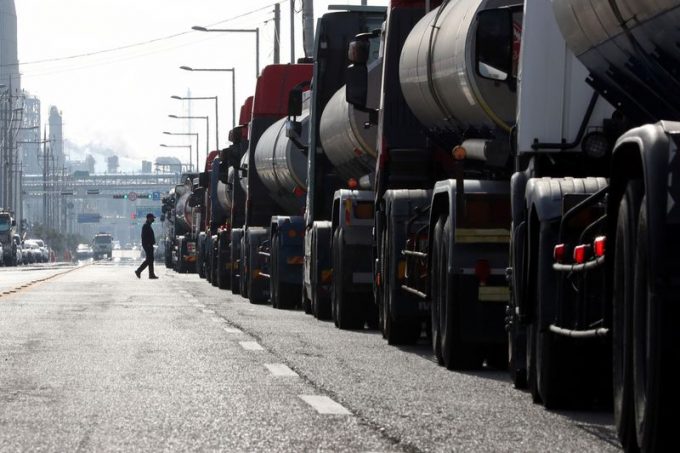 The vote followed a 14-day standoff which resulted in no extension to the Safe Trucking Freight Rates System after 2025 and executive orders compelling truckers in the cement, petroleum and steel industries to resume work.

The government refused to budge on its position and refused to make the STFRS permanent as truckers had demanded, while the consequences of disobeying the executive orders, including imprisonment and fines, caused some truckers to break ranks and resume driving.

Of the CSTU’s 26,144 members, 3,574 cast a vote, with almost 62% agreeing to end the industrial action. The union decided on a vote after attendees at an emergency meeting today could not decide whether to continue the strike.

Even before the CSTU vote, the industrial action seemed to have lost steam. The union’s Busan branch backed down earlier today, telling its members to resume work, as the vote was merely “passing the buck back” to members.

The industrial action is estimated to have caused nearly $1bn in damages to the steel and petrochemical sectors, as delivery of $2.7bn of goods was delayed.

Senior presidential secretary for press affairs Kim Eun-hye said, “The government will stick to the law and principles without wavering when it comes to labour-management issues and do its best to secure jobs for young generations, improve the labour market’s dual structure and create a fair and future-oriented culture in labour and management.”

South Korean media quoted government sources as saying that a discussion platform could begin after the truckers resumed work, and that the National Assembly would take steps to make institutional improvements in the cargo industry.