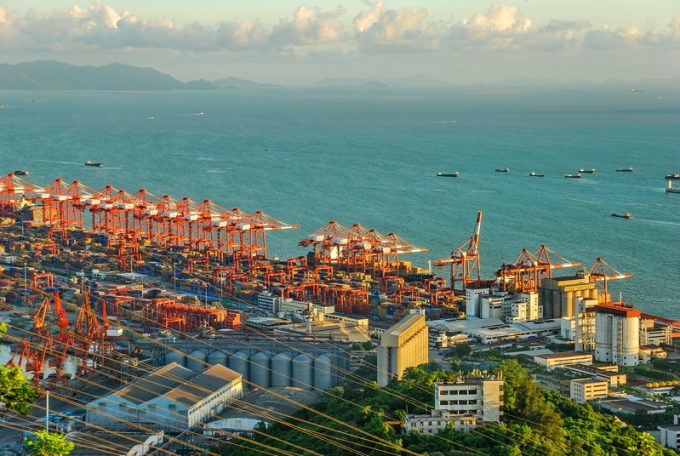 In a bid to break Singapore and Hong Kong’s stranglehold on international transhipment and consolidated imports into China, the terminal operator has teamed up with less-than-container-load (LCL) specialist FS International to create the Qianhai Multi-Country Consolidation platform (MCC Qianhai).

According to Richard Chan, commercial director of China Merchants Port Holdings, this is a “big breakthrough in China”, and brings Shenzhen’s CFS groupage and consolidation services in line with Hong Kong and Singapore.

“The function is similar to that which a free port can provide,” he told The Loadstar.

“Over the past 30 years this practice was concentrated in Singapore and Hong Kong, because they are the main free ports in Asia. But the situation now is that China is not only a major exporter, but its import volumes keep on increasing, too.

He said for service providers, the cost of using MCC Qianhai would “definitely” be lower than Hong Kong, and that cargo with final destination in China would gain a “very good transit advantage”.

ASEAN exports to China will also benefit from transhipment in Shenzhen instead of Hong Kong, according to Mr Chan, since only direct shipments into China are entitled to tax free status under the China-ASEAN Free Trade Agreement.

MCC Qianhai is a key project in the economic integration of the so-called Greater Bay Area, a recently coined term for the nine cities within Guangdong province combined with Hong Kong and Macau, China’s two special administrative regions. The government wants to transform the entire area into one “megapolis” of 69 million people.

And with the opening of the controversial Hong Kong-Zhuhai-Macau Bridge on Wednesday, the future for Hong Kong’s port and logistics activities appear uncertain.

“Hong Kong is facing a shortage of land, with the government trying to acquire more to build public housing, so sooner or later those warehouses will be forced to move,” said Mr Chan.

“Zhuhai is approaching those warehouse operators to move their operations to the Zhuhai Free Trade Zone.”

This would be a suitable substitute for Hong Kong’s export consolidations, he noted, but claimed MCC Qianhai was the better alternative for import and transhipment cargo because of its new “special policy for the free trade port”.

He added: “Hong Kong doesn’t have the warehouse space and the closest area is Qianhai, only 15 minutes’ drive away and with 165 weekly sailings from Shekou. So I have strong confidence in MCC Qianhai and, maybe in a year’s time, we can have a firm position to be one of the major MCC hubs in Asia, like Singapore and Hong Kong.”