News / 'Snouts in the trough' attack, as Maersk results are turbo-charged by 80% rate hike 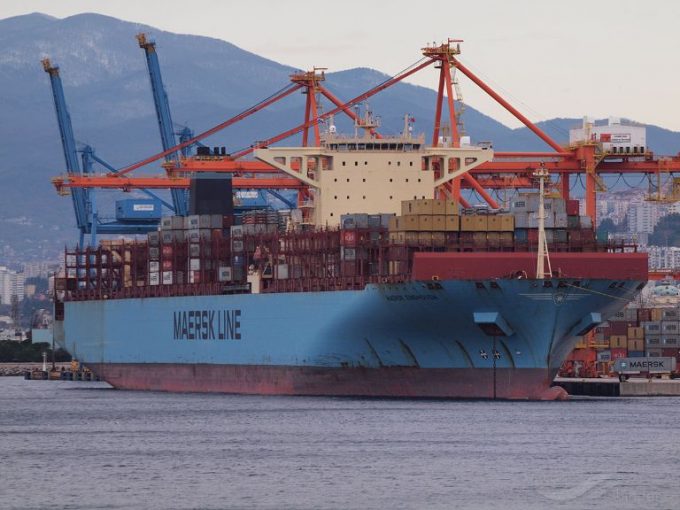 As a harbinger of spectacular results from the liner industry for the final quarter of 2021, on the back of an 80% average rate increase and a new record for quarterly earnings, Maersk has again upgraded its full-year guidance.

Based on preliminary results, the Danish shipping company said today it expected to report up to a further $1.8bn in Q4 earnings, for a revised full-year ebit of $19.8bn.

Maersk said it would be achieved on the back of an 80% hike in its average freight rate, compared with Q4 20, and despite a 4% decline in liftings.

And it would give a revised outlook for Q1 22 and for the full year as part of its annual report to be published on 9 February.

Previously Maersk said Q1 earnings were expected to be in line with Q4, but with significantly higher new contracts kicking in, the numbers for the first period could go much higher.

To put the 2021 result into context, Maersk’s earnings will easily exceed the return gleaned from the previous five years combined.

Meanwhile, supporting the carrier and its peers in their contract negotiations with shippers, container spot rates are on their way up again after a brief pause over the festive period.

Notwithstanding record earnings last year, the lines are continuing to push the advantage of supply chain disruption to increase short-term and contract rates on the routes, while shippers, feeling the pain, are on social media sites venting their anger at new rate increases and poor service levels of carriers.

Indeed, the boss of one major hardware wholesaler in the UK told his LinkedIn contacts this week “something must change” within the liner sector, complaining that service from shipping lines was “worse than ever”, yet carriers were “still asking for more”.

“I can’t believe it, today we have just been informed by our shipping companies that they are imposing another 15% on their already outrageous prices,” he said. “Shipping companies made astronomical profits last year and with their greedy snouts firmly in the trough they are asking for more.

“At the end of the day, this will hurt everyone’s wallets when people are already feeling the pinch,” he warned.

According to various sources, this year carriers and BCOs are concluding new annual contracts well ahead of the traditional negotiation period, around the time of the TPM conference at the end of February.

But there is some light at the end of the tunnel, at least for shippers on the transpacific, with one analyst flagging a softening of  rates after the Chinese New Year.

“We are starting to see some rate reductions in the spot market for post-CNY,” said Shabsie Levy, CEO of New York-based digital freight forwarder Shifl.