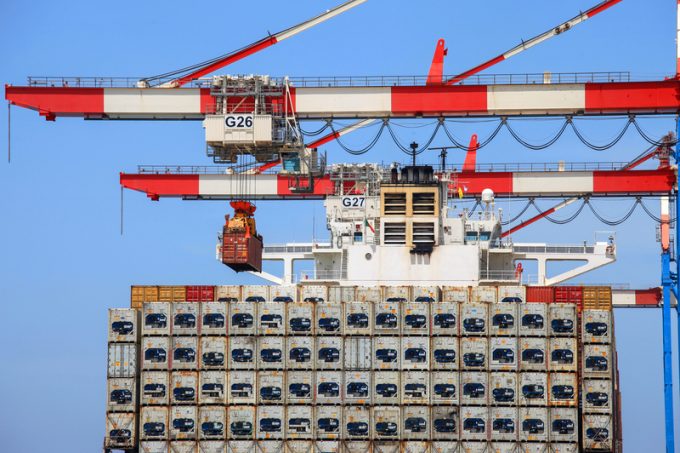 Even as reefer container freight rates soar, shipping lines are “far from coping” with the seasonal demands of perishables.

According to Drewry, a weighted average of rates across the top 15 “reefer-intensive” tradelanes jumped 26% in the first quarter, following a seasonal uptick in cargo demand and rising bunker surcharges.

This placed rates at their highest level since the reefer index was launched in 2017, and Drewry expects rates to rise further in Q2.

“However, these increases are modest, compared to the inexorable rise in dry freight rates,” explained Philip Gray, head of reefer shipping research.

“Tight container equipment availability and a shortage of slot capacity have been key drivers in forcing up freight rates, as a recovering reefer trade has struggled to compete with higher paying dry cargo traffic for space.”

And, he added: “Despite record levels of reefer container production in Q1, Drewry expects equipment availability to remain tight over the next few years.”

Meanwhile, with two key-fruit seasons due, the reefer situation is “a real nightmare” for customers, according to Rafael Llerena, CEO of specialist 3PL EasyFresh.

He told The Loadstar: “Traditionally, reefer traffic isn’t balanced, which creates bottlenecks in equipment flows, and any new crop or season has always been a challenge. Nowadays you can multiply the challenge by a thousand.”

For example, he said, carriers normally positioned empties before any seasons, such as South African citrus and Egyptian grape, which start soon, but usually only meet demand for the first few weeks.

“They’re far from coping, and it is really worrying,” Mr Llerena added.

“For example, for the South African citrus season, around 120,000 reefers are needed between April and October. So this is why demand for specialised reefer vessels is at a decade-long peak.”

He said citrus demand had been “unexpectedly high” last year, due to the pandemic, and many new reefer trades had popped up all over the world.

“Obviously, global vision and high service standards are required, commitment and reliability are more important than ever, and it is vital to be backed by suppliers. Mostly we are – though, frankly speaking, this is not happening with the shipping lines.”

Shypple, a Rotterdam-based digital forwarder, is banking on the perishables industry’s need for better digital ...

A cyber-attack on giant meat processor JBS’s operations in North America and Australia has set ...