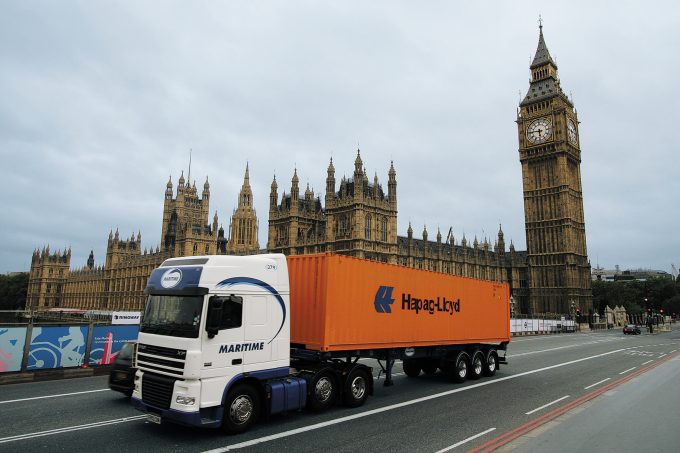 Sources told The Loadstar the cost of transporting a container from a deepsea gateway to the interior had risen 10-40%, with few opportunities to negotiate discounts.

“The price of a box going to the north-west of the UK from Felixstowe has gone up by about £200, and whereas rail used to be competitive versus road on price, it has now become more expensive,” one freight forwarder said.

A critical difference between now and the same point last year is China’s ban on accepting waste materials for recycling, which has meant lines have considerably less backhaul cargo to contribute to the cost of repositioning empty containers out of the UK’s industrial and distribution heartlands.

“Carriers used to fill returning import containers with cardboard, plastic and metal scrap, which at least contributed to the container’s return to China,” said the forwarder.

The historical ratio of import to export cargo in the UK has been three to one, respectively. With the Chinese waste ban, now for every four import containers there is just one export box.

“Now carriers find themselves stuck with all the empties, and some of them are losing millions on rail charges because of empty returns – hence the price increases. They are trying to recoup their round-trip costs through the inbound import leg.”

The forwarder said: “The carriers are taking an incredibly hard line on this – none is budging on applying these new charges. It’s a new paradigm in inland pricing.”

Another effect has been to narrow the cost difference between line haulage and merchant haulage.

“Historically merchant haulage tends to be more expensive because carriers have always subsidised line haulage, but the gap between the two is now closer than ever before, even with the £60 load-on-load-off fees charged with merchant haulage,” the source said.

That is hardly surprising however, given how few carriers operate any sort of line haulage in-house. These operations are mostly contracted out to hauliers, and all the evidence suggests that hauliers as well as rail operators have increased their rates to shipping lines.

A recent white paper from container haulier James Kemball describes the UK container haulage sector as being in “crisis”, as a range of challenges have conspired to send it close to the precipice. It concludes that the cost of operating a truck has risen by some £20,000 due to range of factors, including driver, compliance, insurance and training costs and those associated with serving the increasingly congested deepsea ports.

It adds: “Unless the industry changes there will be no container transport industry. We have already seen a meltdown in service which has been fuelled by the change in global container shipping and port operations and further strangled by increasing costs and decreasing revenues.”

However, carriers do appear to have held up contract freight rates on the Asia-Europe shipping leg. Negotiations were largely concluded at the end of last year, and anecdotal evidence suggests that most shippers that contract directly with carriers have agreed a rate increase of around $100 per 40ft on Asia-North Europe shipments, with freight forwarders paying a slightly higher increase.

“Rates are pretty much where they were, with slight inflation-based increases, but the sting in the tail is an extra £200 in haulage and intermodal rates,” one freight forwarder told The Loadstar.