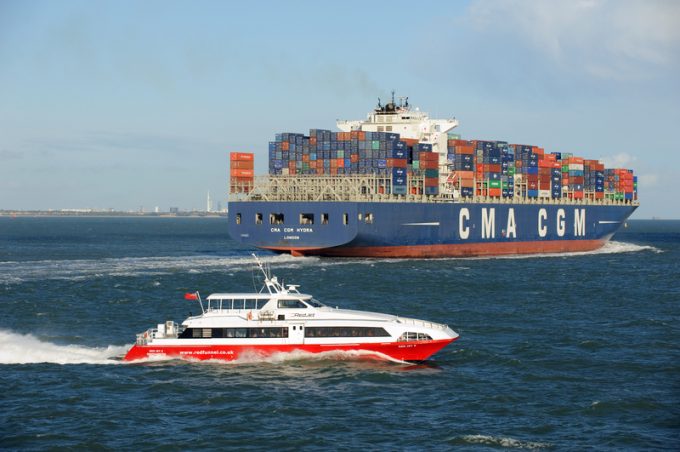 CMA CGM, is to implement a war-risk surcharge (WRS) for cargo to and from ports in the Persian Gulf, as insurance underwriters hike premiums for ships transiting this ‘tinderbox’ region.

Since the attack on two tankers on 13 June, the fifth and sixth in a month and the most serious to date, war-risk premiums have soared for the region, one broker source telling The Loadstar today supertankers are being charged a $200,000 AP (additional premium) per voyage.

AP is typically charged as a percentage of the hull value and for additional war risk liability for crew and cargo value.

CMA CGM and subsidiary APL will charge a WRS of $36 per teu from 5 July for all Persian Gulf trades, except the US and China where it will take effect on 1 August.

The French carrier said the charge, which is non-negotiable, was necessary, “considering the recent incidents in the Strait of Hormuz and the related significantly increasing insurance costs in the Middle East Gulf region”.

Other carriers are expected to follow suite, one line told The Loadstar this morning an advisory was being prepared “as we speak”.

Last week, X-Press Feeders advised its customers it had “no choice” but to implement a WRS after its vessels were subjected to higher insurance premiums.

In addition it said that to ensure the safety of its crew, as well as the goods onboard, it had taken “critical measures such as vessel speed escalation in the day and avoiding night sailing through vulnerable areas”.

In its circular to the trade on 17 May, the Joint War Committee (JWC), an industry body that advises insurers, officially identified the region as a high-risk area, but it was only after oil tanker Front Altair and product carrier Kokura Courageus were badly damaged by a mortar or torpedo within hours of one another on 13 June, that war-risk costs have spiralled. The ‘high-risk’ classification from the JWC gives underwriters the right to hike premiums.

In the immediate aftermath of the attacks, which forced the crews of both tankers to abandon ship, many owners were reluctant to send vessels to the region. Indeed, MOL ordered all its ships – other than those seconded to merged container carrier ONE – to maintain a 12-mile radius from the zone.

Shipping association BIMCO agreed that shipping companies should consider diverting vessels from the area. It said: “Tensions in the strait and the gulf are now at the highest they can be without an actual armed conflict.”

The US has blamed Iran for the attacks and tensions remain very high in the region. A tweet from US president Donald Trump claimed that a counterattack in response to the shooting down of a US drone was pulled with just 10 minutes to go.

Last month, MSC, which has so far not advised customers of a WRS in the Persian Gulf, applied an “immediate” WRS on cargo to and from Venezuela in response to “political volatility in that country”.