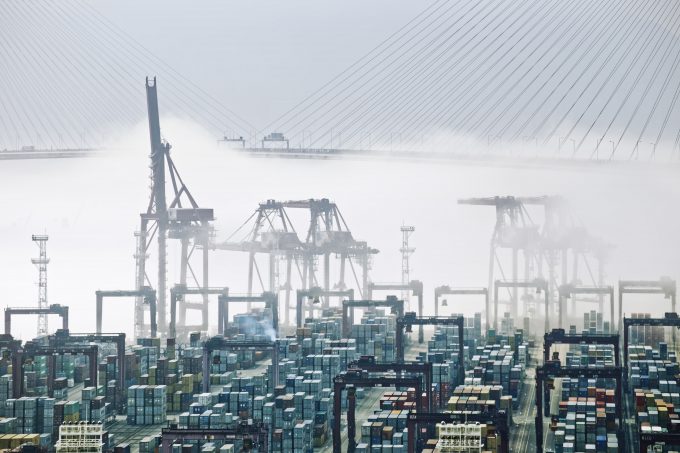 A new alliance of four Hong Kong major container terminal operators has been slammed as anti-competitive by local shippers.

According to Cosco, the four companies will collaborate on the management and operation of 23 berths across Hong Kong’s Kwai Tsing terminals, with the aim of “improving the value proposition of the combined terminal facilities in the context of growing regional competition and maximising efficiencies to the benefit of customers and the industry”.

However, the Hong Kong Shippers’ Council (HKSC) was quick to criticise the new grouping.

“With 95% market share, the industry virtually has no choice,” said HKSC chairman Willy Lin. “The alliance could agree on non-competition agreements, clients and pricing.”

Although Mr Lin conceded asset sharing could enhance utilisation and productivity, he warned there was “no mechanism to monitor, not to mention regulate, the competition behaviours of the members of the alliance”.

He said while terminal handling charges in mainland China were falling, comparative fees in Hong Kong were the highest in the world, and that shippers “hardly see any justification for the HK$600-plus documentation fee, HK$135 depot fee and many other ridiculous charges”.

In response, Cosco told The Loadstar the main purpose of the alliance was to enhance efficiency and bring down costs to strengthen Hong Kong’s position as a major transhipment port in Asia.

“Charges at Hong Kong terminals currently are higher than China and Singapore, which reduces its competitiveness,” the company said. “The formation of the alliance is to enhance competiveness of Hong Kong, thus not likely to further increase the charges.”

Cosco argues the alliance is a response to the changing dynamics of the shipping industry, particularly the deployment of ultra-large container vessels (ULCVs) and the formation of mega alliances between shipping lines, another bone of contention for HKSC, which has previously lobbied against shipping lines’ exemption from Hong Kong’s competition laws that would otherwise deem vessel-sharing agreements (VSAs) illegal.

“The cooperation of the alliance is on the terminal level only, that is, the terminal operations,” added Cosco.

“The HKSPA will allow members of the alliance to create a new value proposition for global carriers, through increased efficiency, reduced costs and better service offerings. It will allow Hong Kong to compete in the region and give global carriers a reason to bring their business back to Hong Kong.”

Responding to shipper concerns, he added: “We will be engaging with the Shippers’ Council and other industry stakeholders over the next several weeks to provide more details on the Seaport Alliance and to answer questions they may have.”

The maritime hub has suffered from fierce competition from mainland China, falling from top spot in the global container port rankings in 2005 to its current fifth position.