News / Samskip delivers the goods by switching capacity across its network 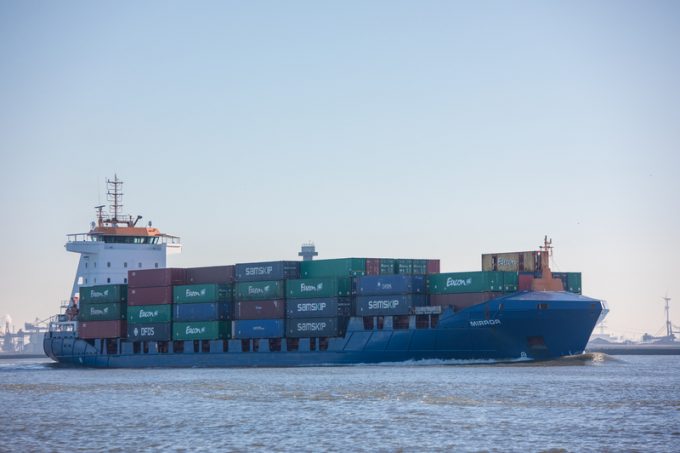 While deepsea container lines have been blanking hundreds of sailings on the main trades, the same has not been true of Europe’s shortsea carriers.

Despite the sudden drop in volumes following the outbreak of the coronavirus pandemic, “playing with the schedule is simply not an option”, Jerome Feuvrier, chief commercial officer of Samksip, told The Loadstar.

“We have some very large industrial customers who rely on us to operate their just-in-time supply chains, and maintaining the integrity of this is of upmost importance.”

And variations of demand in different parts of Europe have allowed the carrier to switch capacity across its network.

“Our focus has been on the network and managing capacity across different trades,” said Mr Feuvrier.

“For example, as the UK market became difficult, we were able to optimise our assets to serve Scandinavia and Russia, where volumes had remained strong

“Demand varies from country to country. In the first two months, demand switched to food and toilet paper stocks, but from around the middle of April the level of urgent shipments dropped very quickly.

“But, in the last couple of weeks, there have been the first movements in automotive flows and building and construction materials – we are starting to see this traffic again, although from very low levels. It will take some time for it to return to normal.

“UK construction work is also starting again, which is encouraging because the brick trade is very important for us,” he added.

As well as its maritime services, the group’s multimodal operations, particularly trans-Europe rail freight services, were able to tackle some of the supply chain chaos that swept the continent as social lockdowns began and EU member states closed road borders.

During the early stages of the crisis, this caused considerable supply chain uncertainty, as bottlenecks were created at the EU’s internal borders – at one point, a truck queue at the Germany-Poland crossing hit 40km. And before that, many neighbouring countries closed their borders to Italy as the true scale of the pandemic there became apparent.

“We were able cross the borders with our trains, and so were able to take a lot of the traffic that had been haulier-specific and caught up in border closures,” said Mr Feuvrier.

“The planned volume on our intermodal services dropped, which created spare capacity to take new volumes, which once more showed the benefit of having a pan-Europe multimodal network.

“The flow of non-essential goods was stopped, but at the same time we had to deal with what was, effectively, a peak level of demand for essential goods,” he said.