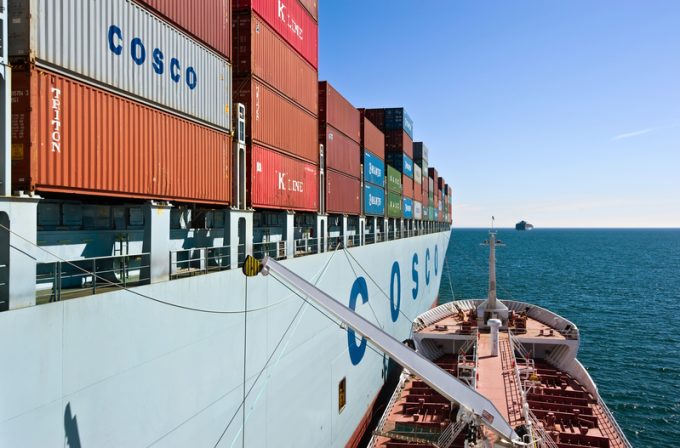 Brent crude is forecast to top $70 a barrel this week – its highest level since mid-2015 – having risen by 35% in the past six months.

The trend shows little sign of abating, given the ongoing battle between OPEC and shale producers, as the former grouping – with the support of Russian oil producers – limits supply and geopolitical tensions, particularly over Iran.

Bunker costs for ships are rising virtually every day, with heavy fuel oil (HFO) now around $370 per tonne, compared with approximately $300 a year ago. And with an 20,000 teu container vessel consuming around 250 tonnes a day at sea, even with slow-steaming, the financial implications for the container lines are clear.

During Hapag-Lloyd’s third-quarter earnings call in November, chief executive Rolf Habben Jansen reflected on a 47% hike in the carrier’s fuel costs in the nine-month period and said rising bunker prices was “the biggest risk factor” to sustained profitability.

Mr Jansen explained that although fuel price increases could, in theory, be passed on to customers, there was “always a delay factor in obtaining compensation”, which he said could “skew the P&L account”.

And with the new 0.5% global sulphur cap coming into force in 2020, carriers will also be casting an apprehensive eye at the respective rising cost of low-sulphur fuel oil (LSFO), currently around $600 per tonne, compared with $460 12 months ago.

Ship operators must soon decide on the fuel strategy for their vessels: do they go for LNG; fit exhaust gas cleaning systems, known as scrubbers; or simply use LSFO?

Some carriers, including Hapag-Lloyd, have decided not to fit scrubbers, but if fuel prices continue to rise they may have to rethink.

Writing in Ship & Bunker, Dr R Vis, a director of Singapore-based fuel oil analyst Viswa Lab, calculates that assuming a differential between HFO and LSFO of around $200 per tonne, the additional cost for a 20,000 teu ship would be $50,000 a day.

And based on a vessel sailing for 300 days, Dr Vis reaches a mindboggling cost of an extra $15m a year using LSFO.

In contrast, the cost of installing a scrubber system for this size of ship would be around $8m, and based on Dr Vis’s calculations, this outlay could be recouped in just over six months.

However, bunker suppliers have also flagged up potential issues on the availability of HFO post-2020, on the current assumption that there will be fewer ships fitted with exhaust gas cleaning systems than not.

Meanwhile, the decision by CMA CGM to specify their newbuild 23,500 teu ‘megamax’ ships be powered by LNG is increasingly looking a wise move.