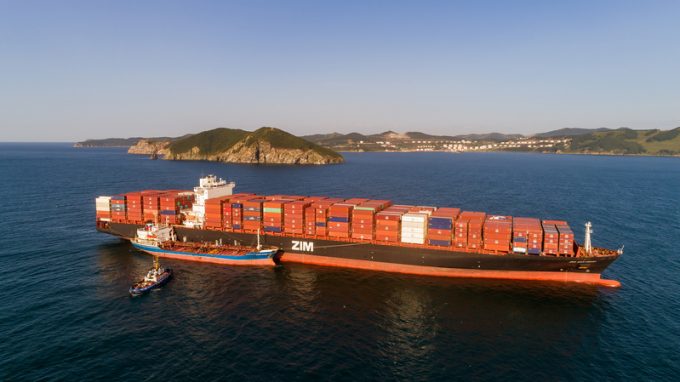 Israeli ocean carrier Zim has posted its first annual profit for three years – and the biggest in its 75-year history – recording a net income of $524m for 2020 and claiming it is a “revitalised company”.

The carrier’s profitability improved dramatically in the final quarter of last year, bringing a net profit of $368m as its average rate per teu spiked to $1,518.

It traces its turnaround back to the signing, in September 2018, of a strategic cooperation agreement with the 2M Alliance on the Asia-US east coast tradelane. It was expanded in March 2019 to cover the Asia-US west coast and Asia-Mediterranean routes, and again in August 2019 to Asia-US Gulf.

Zim president and CEO Eli Glickman said the shipping line was “a revitalised company with new strengths, an invigorated spirit and a promising outlook for operating amid the new realities of shipping”.

He added: “Our all-time record results in 2020, and the significant milestones we have achieved year-to-date 2021, represent a truly momentous time for Zim.”

Nevertheless, despite the very positive result for 2020 and the strong start to this year, Zim’s US SEC filing highlights the longer-term industry risks as well as the specific risks for the carrier from its tonnage strategy and its lack of formal membership to a vessel-sharing alliance.

The 10th-ranked global carrier, with a fleet capacity of 422,000 teu, charters all but two of its 96 vessels, compared with an industry average of 56%, according to Alphaliner data.

“The majority of charters are less than a year, which makes us more sensitive to fluctuations in the charter market,” said Zim, and it cautioned investors that its tonnage strategy “could cause our costs to increase quickly compared with competitors with longer-term charters or owned vessels”.

Moreover, Zim also warned it may have difficulty replacing vessels where charters expire.

Indeed, the charter market is red hot. Zim recently fixed a three-year time charter for the 5,071 teu post-panamax Seadream at $35,500 a day, compared with $10,300 paid previously by a rival carrier.

Longer-term, Zim has agreed 12-year charters with non-operating containership owner Seaspan for ten 15,000 teu LNG-fuelled vessels, which will commence delivery in the first half of 2023.

In June, Zim will begin negotiations for a renewal of its partnership with 2M partners Maersk and MSC, which is set to terminate on 1 April next year.

Zim went public on the New York Stock Exchange on 29 January, with an IPO price of $15 per share. After initially collapsing to $11, the stock has recovered strongly and is currently at around $28.