News / Revenue down, but profits up for upbeat XPO Logistics in first half 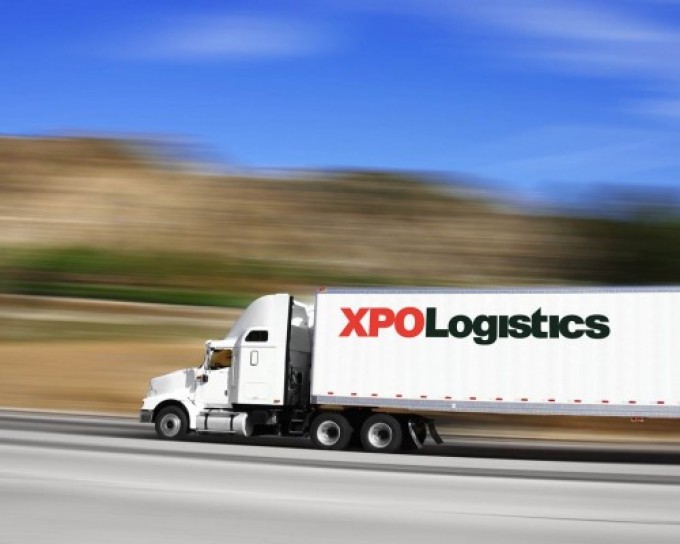 XPO Logistics gained more from less over the six months to June, with profits up despite declining revenues.

Profit (ebitda) climbed 4% to $798m on revenues of $8.56bn (down 2.4%), with chief executive Bradley Jacobs claiming innovation in less-than-truckload was helping spur growth.

“Our workforce productivity tools are returning positive results in 18 pilot service centres ahead of the national roll-out to all 290 LTL centres this year.

The LTL unit was up 1.9% in revenue, hitting $1.6bn, contrasting with a 4.5% decline in transportation revenues.

XPO said the dip reflected a reduction in freight brokerage and direct postal injection business from the company’s largest customer, but remained upbeat.

“In North American less-than-truckload, we improved yield by 3.9% and realised a record adjusted operating ratio of 80.3%.”

In fact, it said, the yield improvements for LTL were the best of any quarter in the company’s history. And as a result of the changes being driven through, Mr Jacobs added that the company was “on track” to deliver “at least” $1bn of ebitda in LTL in 2021.

“We remain confident on the pricing in LTL, it remains firm and we have managed to raise prices,” he told investors. “Contract renewals have popped back up to 5% – after dropping in the fourth quarter – and we think prices will remain firm.”

Mr Jacobs said the company’s aim remained to improve its operating ratio, but re-emphasised his belief that the existing figures were among the two best in LTL.

Meanwhile, the company’s logistics segment generated revenue of $1.53bn for the second quarter, a 1.2% year-on-year increase, with organic revenue growth recorded at 4.8%.

It said the growth was led “by food and beverage, consumer packaged goods, aerospace and healthcare in North America and by e-commerce in Europe, largely offset by unfavourable foreign currency exchange and a reduction in business from the company’s largest customer”.

Adjusted ebitda for its contract logistics unit was $136m for the quarter, a 1.5% increase from the same period in 2018.

With XPO’s previous acquisition-led approach to growth now largely in abeyance, it is increasingly focusing on improving the profitability of its existing operations through a mixture of cost-control and maximising organic revenue growth.

It said in an investor presentation it had identified $700m-$1bn of “profit growth opportunity” through to 2022, of which some 60% would come through cost initiatives and the remaining 40% through price increases and new business ventures.

A key part of this plan is cross-selling its various business units, particularly to its largest customers – 55 of its top 100 largest shippers use five or more XPO services, while 10 use just one, presenting obvious conversion targets.

“We’re implementing innovations in North American LTL to drive the next leg of profit improvement. Our workforce productivity tools are returning positive results in 18 pilot service centres ahead of the national roll-out.

On the road again The Purse Strings XPO Logistics