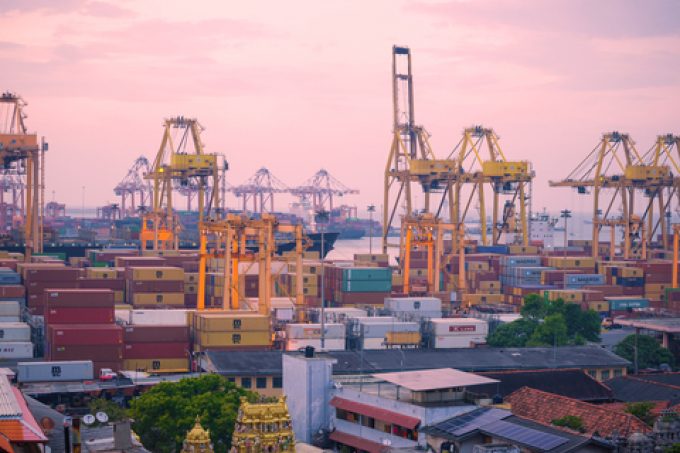 Shipping stakeholders in Sri Lanka have hit back at claims carriers are avoiding the port of Colombo over the country’s political and economic crisis.

According to Rohan Masakorala, CEO of Shippers’ Academy Colombo, the South Asian transhipment hub did suffer some operational disruption last month, but it was short lived.

“I think it’s all a bit of a cooked-up story,” he told The Loadstar.

“There were a couple of days where the [inter-terminal] truck drivers couldn’t get to the port to work, because of some disruption to the local transport network, but it was rectified very quickly.”

There was also a 30-hour stoppage at the port on 9 May when trade unions joined the protests in Colombo, leading to “about 10” container vessels being diverted to India “because they didn’t want to wait,” Mr Masakorala explained.

“But that doesn’t mean the carriers wrote off the port of Colombo as a future shipping link or something. They were temporary diversions,” he added.

“Some local criticism of the situation was amplified by various parties in the region who are competing with us, which resulted in unverified negative news being published by international media.”

For example, he said the May work stoppage was over quickly, and the terminals are currently operating efficiently with no berthing issues.

This has been backed up by the port’s terminal operators and the Sri Lanka Ports Authority, who recently issued a statement saying it was “business as usual” at Colombo. Total volumes between January-April grew 4.3% year-on-year to 100,356 teu, they said.

Last week, local shipping agents claimed carriers could stop calling Colombo because of the shortage of dollars in the banking system and “$70m in unpaid freight charges”.

“That is absolutely false,” Mr Masakorala said. “Shipping lines have made no such statement.

“Most exporters are already paying in dollars. For example, 50% of Sri Lanka’s exports are garments, and those orders are shipped on FCA [free carrier] terms where the US and European buyers pay for the freight in dollars. Another large percentage is transhipment cargo for foreign ship owners, which is also paid in dollars.

“So almost 95% of Colombo freight is today paid in dollars – there is no forex ‘crunch’ for freight.

“And obviously shipping lines are not going to deny the supply chains of major customers.”

Carriers missing calls in India amid transhipment delays at Colombo