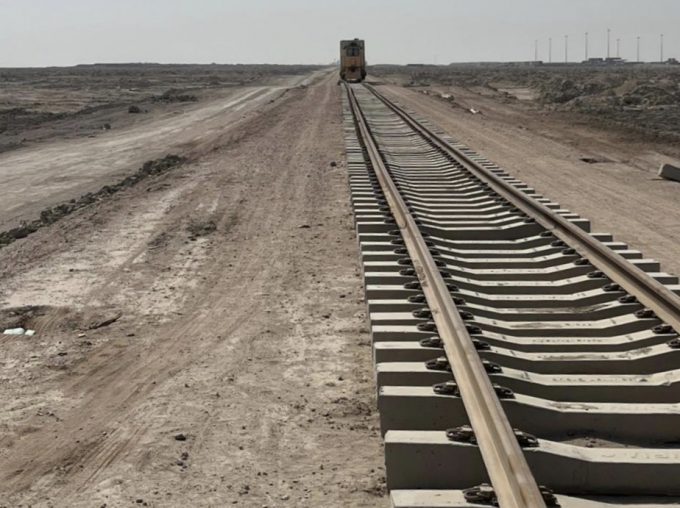 Iraq’s ambitious plans for its future mega-port to offer an alternative to other Middle Eastern ports, and even the Suez Canal, would depend on overload transhipment to Turkey, which would be provided by state-owned Iraqi Republic Railways (IRR).

“We are working on a project to maximise the benefit of our geographical location and serve traders that want to take goods through Iraq to other countries via Turkey, once the Grand Port of al-Faw is completed,” IRR’s general director, Talib Jawad al-Husseini, told The Loadstar.

“We are working with an Italian company on studies for a 1,200 km railway line to the Turkish border that could provide transhipment from al-Faw, offering an alternative to the Suez Canal for goods moving between East Asia and Europe,” he said, adding that works were expected to be carried out by Italian, Chinese and Iraqi companies. 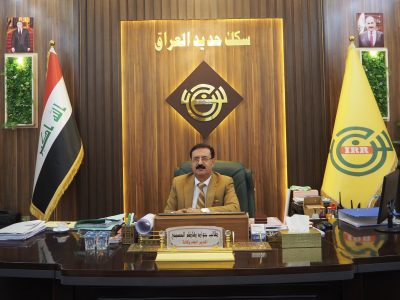 Feasibility studies and designs for the ‘dry canal’ – a series of road and rail networks linking the new port with Turkey – are expected to be presented by Italian engineering services company PEG by the end of this year, according to Iraq’s transport ministry.

The idea of a mega-port on Iraq’s southernmost al-Faw peninsula, where the mouth of the Shatt al-Arab waterway enters the Persian Gulf, has been floated for decades, but a concrete proposal did not emerge until 2010. Work eventually started in 2020, after South Korea’s Daewoo Engineering won the $2.7bn port contract.

Some initial construction works have been completed, landing al-Faw a Guinness world tecord for the longest breakwater (9.02 miles) and, last month, the General Company for Ports in Iraq (GCPI) announced the start of piling works for five container berths.

The project is designed for as many as 100 berths which, if realised, would see al-Faw overtake Dubai’s Jebel Ali Port, with its 67 berths, as the Middle East’s largest.

According to Global Construction Review, by 2028 al-Faw is expected to be able to handle some 4m teu of containerised freight and 22m tonnes of dry bulk, with this predicted to reach 7.5m teu by 2038.

IRR would provide rail transhipment services for the cargo.

Although IRR has long been a key player in transporting Iraq’s hydrocarbons (upon which its economy relies) to oil export terminals, to date this has been at the cost of general cargo services. Head of IRR’s cargo division Riad Mohsin admitted the company was not harnessing its full cargo potential, even for Iraq’s current imports entering through Umm Qasr Port, lying inland from al-Faw.

“For general cargo and containers, it’s a case of supply and demand at present. We have the capacity to move cargo and we’re ready for it, but there aren’t regular services,” he told The Loadstar. “When cargo needs transport, we provide services with our trains, which can carry either 20 40ft containers or 40 20ft boxes.”

However, a source at Umm Qasr estimated that between 1,000 and 2,000 trucks were leaving the port each day, meaning IRR’s sporadic rail services were an almost negligible fraction of the current container movement market.

“For effective future transhipment, Iraq would need multiple cargo trains running every day, each carrying 100 teu, not 40,” he said.

This would currently be a tall order. IRR relies on ageing infrastructure, some northern parts of which suffered extensive damage under the Islamic State. Infrastructure challenges between Baghdad and Basra include tracks crossing busy main roads where, with no barriers or warning lights, trains have to slow to a crawl relying on car drivers to notice them and stop.

Rail transhipment, especially on the scale envisaged for al-Faw where IRR is planning to build five additional station stops, would not only require considerable investment, it would also be a radically new direction for the company, changing IRR’s long-standing focus on hydrocarbons.

There are currently 38 train stops in and around Umm Qsar (27 in the northern ports and 11 in the southern). IRR is also extending tracks to Basra Gateway Terminal (BGT) East, built and operated by International Container Terminal Services (ICTSI), which have reached the outskirts of the terminal.

Despite the optimism of Iraqi officials on the potential of the Grand Port of al-Faw, the project has been criticised as “wildly ambitious”. Works have been marred by delays, and the suspicious death of the South Korean project head in 2020, with allegations al-Faw is mired in political rivalry, corruption and disputes ovber contracts for later construction stages, with the whole project predicted to run to some $7bn.

With oil-dependent Iraq enjoying the economic boost of increased oil values, Mr Husseini pointed out: “Discussions regarding whether or not we can fund this project are irrelevant”.

But the potential success of al-Faw is less about finance and more on if and when the mega-port is completed, whether Iraq can shake off its reputation for war, instability and corruption and attract enough investors to enable it to genuinely rival well-trodden shipping routes.

One industry professional said Iraq was unlikely to take off as a transhipment hub unless the shipping landscape radically altered, adding: “If some geo-political issue closed the Suez Canal, maybe Iraq could provide an alternative, but the question to ask now is ‘are the supply lines interested?’ And the answer is no.

“Maersk has its own terminal in Jebel Ali, so why would it close its concession and shift to Iraq? It wouldn’t. But 30 years ago, Jebel Ali was nothing and, of course, traders use whatever routes are easiest and fastest.”

The Grand Port of al-Faw is expected to receive its first ship in 2025, according to Iraq’s transport ministry.

Special report: How rebuilding a port can help rebuild a country

Ships involved in two of container shipping’s worst accidents this year met in Felixstowe yesterday. Ever ...

Unconfirmed reports suggest that the explosion and subsequent fire on board a containership anchored at ...