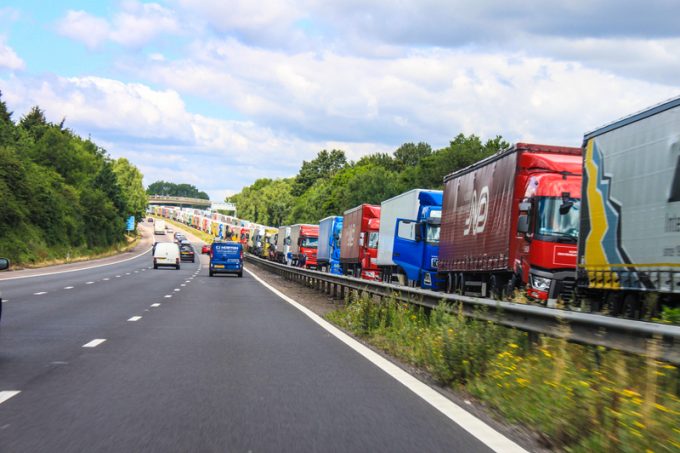 Despite pledges of less bureaucracy and frictionless trade with the EU after the Brexit transition period ends in January, the UK government has admitted there is likely to be disruption and additional red tape.

It has given the industry less than three weeks to consult on “plans both to minimise the risk of disruption and to mitigate its impact”.

These include putting the onus on truck drivers, who will face a personal fine if they are not “border-ready”, and re-introducing Operation Brock, which attempted to mitigate disruption on local roads.

The plans have been lambasted by Logistics UK, formerly the Freight Transport Association.

“It is disappointing to see that the government is expecting significant friction at the border after the logistics industry had been given reassurances that friction would be minimised,” said Chris Yarsley, policy manager for road infrastructure.

“Our members are dismayed that the onus for compliance will be placed on drivers themselves, leaving them personally liable for a fine if they do not comply with the new rules.

“The current proposals also create an internal UK border by introducing Kent Access Permits, adding more red tape to the work hauliers will be obliged to comply with.”

The government is planning to extend legislation due to expire on 31 December that allows trucks to proceed only on designated routes, and allows for penalties for drivers breaching the rules. It also plans “to incentivise hauliers to ensure they are border-ready before setting off for the Short Straits by making use of the proposed Smart Freight Service”.

Mr Yarsely said: “We are pleased to see the focus on upstream compliance, with pre-checks performed before the start of the journey. When fully implemented, the new Smart Freight system should help to keep traffic moving through Kent. To ensure this happens, it is vital that the UK government works with its EU counterparts to ensure all the border systems are joined up.”

But he warned: “It is unclear when Smart Freight will be ready and available for testing. Our members will need to see and learn the new system in order to have confidence in it.  Having enough time to adjust is vital, especially with planning for the Christmas season about to start. So government needs to provide reassurance that the system will be available and ready to use on 1 January.”

The government proposals warn that “any delay due to the new checks could be exacerbated by low levels of trader and haulier readiness.

For example, an HGV without the required customs and import/export documentation risks being held at port until it has been provided, and in some circumstances having their goods seized or destroyed.

Analysis conducted before last October suggested many businesses “would not have been ready for the new trading arrangements under a reasonable worst-case scenario.”

But Logistics UK said: “We need the government’s assistance to ensure logistics vehicles can continue to move smoothly into and out of the EU. The current proposals leave too many questions unanswered, and very little time available to identify and implement solutions to keep the country trading.”

You can read the government’s proposals and respond to its consultation here.