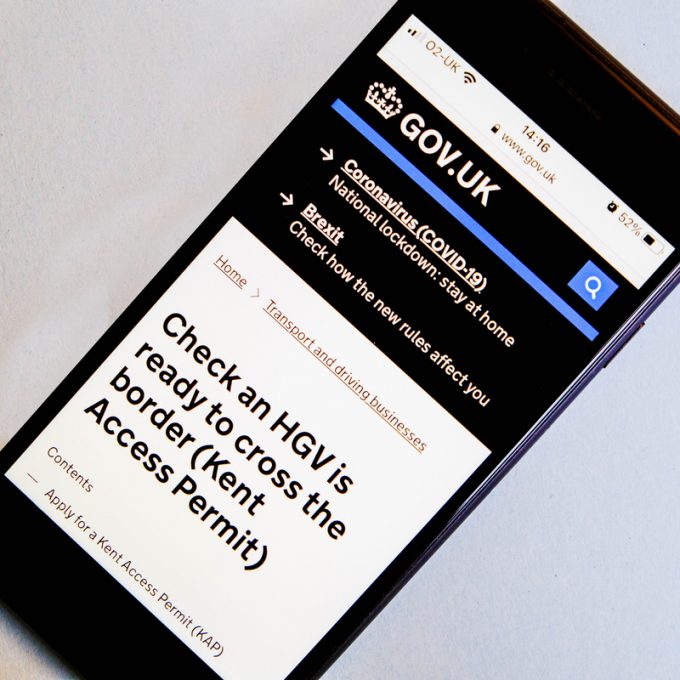 Post-Brexit traffic management measures on roads to Dover have been stood down, with the controversial Kent Access Permit (KAP) the first to go, amid claims of improved trade and minimal disruption.

The Department for Transport (DfT) said the KAP was no longer required and the moveable barrier on the M20 has been removed, as “delays have been prevented thanks to hauliers arriving at the border prepared”.

It added: “Industry compliance with the KAP has been consistently high, tracking at more than 80% since the middle of January for non-GB hauliers.

“Removing the KAP on 20 April will mean less paperwork for hauliers, making it quicker and easier to cross the border, further supporting the already smooth flow of goods from the UK into Europe.”

Heidi Skinner, policy manager for the South at Logistics UK, said: “The government’s decision to abolish the Kent Access Permit is a reflection of the hard work undertaken by logistics businesses across the supply chain to ensure operations are border ready before hauliers embark on travel to the Channel ports.

“The Check an HGV service has been an effective tool in guiding businesses to the paperwork needed to cross the border.

“Today’s news is positive for the industry and, in conjunction with the deactivation of the M20 Operation Brock contraflow, will support the smooth flow of trade to and from the UK.

“Logistics UK is now urging government and industry to ensure the entire supply chain is ready for the introduction of further EU-UK border controls from 1 January 2022 to keep trade flowing freely in the months and years to come.”

Despite industry support for the move, the government failed to properly inform the system’s users of its demise in advance; one haulier told The Loadstar that the first they knew about it was when one of their operators logged in to request permits this morning, adding: “And then we found the message [saying the scheme had been scrapped].”

According to the DfT, the decision was made in response to freight volumes between the EU and UK “continuing to operate at normal levels”, citing data from the Office of National Statistics that showed a 46% increase in EU exports in February compared with January.

But one source questioned the relevance of comparing February with January, claiming the former was “some way off the mark”, compared with February 2020 and February 2019.

In fact, EU exports for February were down 12.5% on 2020, with rest-of-the-world exports down 8.6%, suggesting that while the pandemic is driving the bulk of trade decline, Brexit is compounding the issue for the UK.