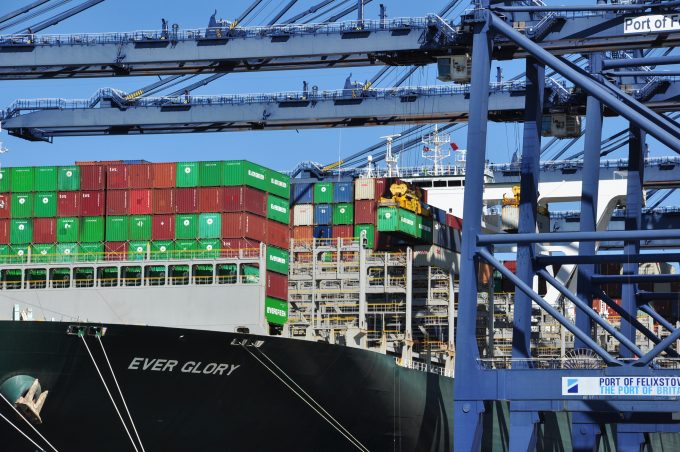 According to Mr Hsieh, freight rate erosion has already begun to slow on many trades and, in some cases, there has been a freight rate bounce.

Mr Hsieh said: “We expect freight rates to be lower than in the past two years, but the rate of the fall will slow.”

The easing of lockdowns in China has seen a rebound in freight volumes since November, which has helped to stabilise rates.

“Cargo volumes have picked up and our fleet utilisation is much better than in November. There is a chance that freight rates could recover this month, and there shouldn’t be a need for pessimism before the Chinese new year,” said Mr Hsieh.

He added: “We aren’t worried by the recent correction in container freight rates and we’re sticking to our expansion plans to boost our competitiveness.”

But Mr Hsieh did acknowledge there were long-running concerns of overcapacity. Alphaliner has forecast container shipping supply to grow by about 8% in 2023, with demand rising by just 2.7%.

However, he thinks increasingly stringent environmental regulations, such as the need for owners and operators to start meeting the requirements of the Carbon Intensity Indicator (CII), could affect about 10% of capacity, so the tonnage overhang “may not be as serious as imagined”.

And Russia’s invasion of Ukraine remains another factor, said Mr Hsieh, who added: “As soon as the conflict is over, the global economy will rebound. The cold wind blows the fallen leaves, and I am eagerly looking forward to the return of prosperity.”

Evergreen also purchased its Singapore unit’s office for S$43m (US$32m) to operate its own agency in the South-east Asian city-state, as the group expects delivery of 51 ships over the next two years.

Mr Hsieh noted that, with just three weeks to go before the Chinese New Year holiday begins on 23 January, Evergreen ships plying the Pacific have been fully loaded and lines will attempt to impose a GRI of $1,000-$2,000 per feu this month.