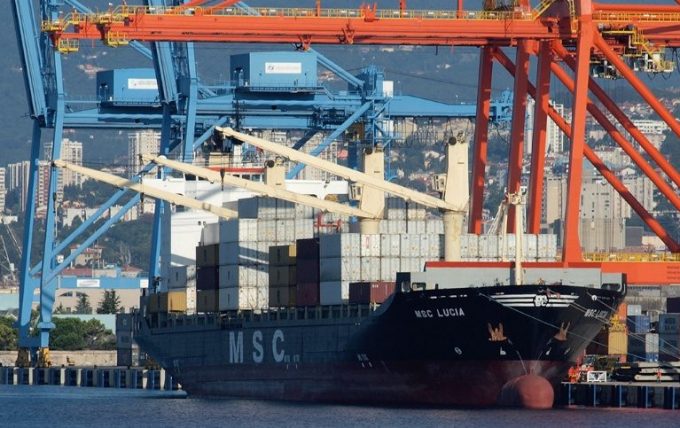 Continued strong demand for container tonnage has resulted in many sizes now being totally ‘sold out’ and their resulting soaring asset values decimating vessel scrapping in the sector.

Shipowners, struggling to obtain $4,000 a day for an elderly fuel-guzzling panamax ship five years ago could now fix the same ship for three-five years at a fixed-rate daily hire in excess of $50,000.

And today that ageing 5,000 teu panamax could have a sale price at least five times its $12m scrap value

In the latter part of 2016 and early 2017, some 50 panamax vessels were sent to scrapyards in the Indian sub-continent – including the youngest ever, the seven-year-old 4,250 teu Hammonia Grenada, purchased by Bangladeshi breakers for a reported $5.5m.

Notwithstanding the red-hot charter market, in the past 18 months the value of containerships on the S&P market has sky-rocketed, driven by the insatiable appetite of ocean carriers, led by MSC and CMA CGM, to hoover up any tonnage at any price.

The age of the ships has not been a barrier in their quests to shore-up under-pressure fleets with charter ships or acquisitions in the second-hand market.

And with freight rates at a highly elevated level, the impact of fuel on voyage results is negligible, so that the amount of fuel a ship burns is well down the order of box ticks on targeted vessels.

According to VesselsValue data, the average age of MSC’s 268 owned ships has now increased to 17 years, with many of its recent purchases over 20 years old.

The carrier is known in S&P broker circles as being prepared to snap-up virtually any ship that comes onto the market, regardless of age, and since August 2020, has acquired over 130 with capacity in excess of 500,000 teu.

This exponential tonnage growth by MSC, mainly due to second-hand purchases, has elevated the carrier above Maersk, to become the world’s largest container line by capacity, with just shy of 4.3m teu.

However, MSC’s older ship profile could be a challenge for the carrier from 1 January next year, when the IMO’s tougher ship efficiency Carbon Intensity Indicator (CII) and Energy Efficiency Existing Ship Index (EEXI) regulations kick in. These will require many older ships to slow down to improve their ratings or to find other technologies to reduce their greenhouse gas emissions.

Alphaliner said some older ships would “struggle to meet the new mandated fuel efficiency targets” and suggested older vessels “could be on their way out if, and when, demand softens and more newbuild ships arrive in 2023”.

Some 1.1m teu of newbuild capacity is due to be delivered this year, with a significant 2.3m teu stemmed for 2023, and this could see a major boost to the recycling of ships that struggle to meet CII levels.