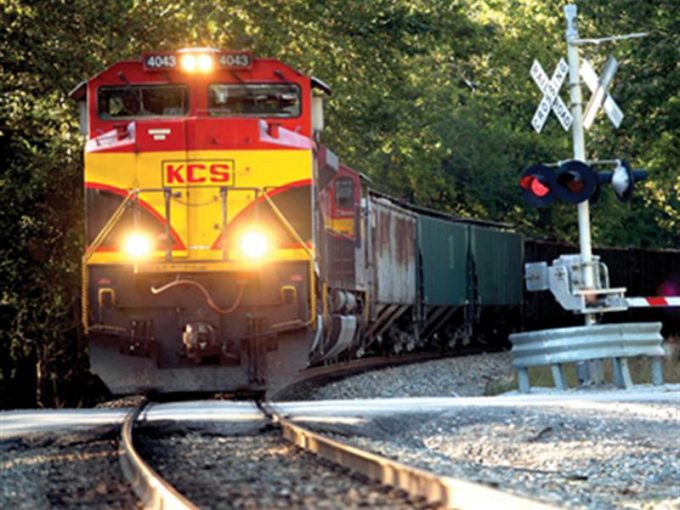 Kansas City Southern stood out as the sector’s star performer, with nine-month revenue up 11% year-on-year, to $1.9bn, resulting in $411m in net income for the period.

While intermodal revenue for the year to date only showed marginal gains at $266m, the mode performed better in the third quarter with turnover up 4% to $92.3m.

President and chief executive Patrick Ottensmeyer said: “Third-quarter results were strong, even with Hurricane Harvey’s impact on Gulf Coast and cross-border traffic in August and September.

“Despite the severity of the storm and widespread flooding, we recovered quickly, delivering record third-quarter operating income, a testament to our operations personnel, who worked tirelessly to restore our network.

“We also want to thank our rail partners for their cooperation, as we worked together during this period to minimise the impact of the outage on our customers.”

At Norfolk Southern, the picture was similar, with the carrier posting a 16% upturn in net income to $1.4bn for the nine months to September, generated from $7.8bn in revenue, up 6.8%.

President and chief executive James Squires said NS was “unwavering” in its commitment to improve productivity, citing seven quarters of year-on-year growth as testament to this.

US west coast operator Union Pacific recorded freight revenue of $14.7bn, an increase of 7%, leading to an 11% rise in net income at $3.4bn for the year to date.

Intermodal revenue was up 3% over the nine-month period, to $2.8bn, with the company citing stronger international demand behind the upturn.

The third quarter also fared well for UP as group revenue ticked up 4%, year-on-year, to $5bn, generating a 6% increase in net income to $1.1bn, with intermodal revenue up 3% to $981m.

“To meet the needs of an expanding North American economy and new growth opportunities, we are increasing investments in our infrastructure and equipment by C$100m,” he said.

“During the third quarter, and continuing through the rest of the year, we’ve been hiring across our network, particularly in Western Canada, as we remain focused on delivering a superior service.”

The operator said: “The increase in revenue was mainly attributable to higher volumes of traffic in overseas intermodal, ‘frac sand’, coal and petroleum coke exports and Canadian grain.”