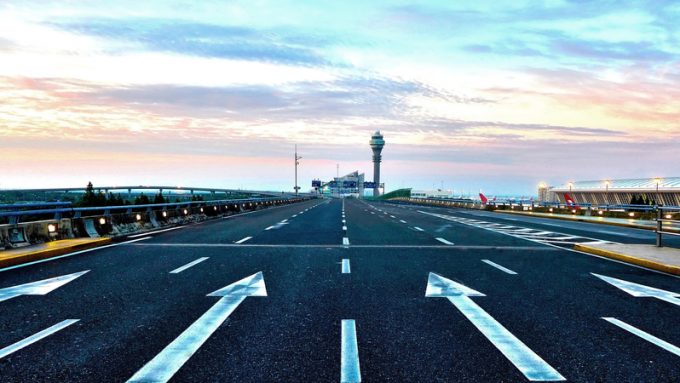 China’s air freight market may not see much of a peak in volumes this year – because it has been at peak levels all year and there is little available capacity for more.

The result follows a strong first-half performance that saw the terminal handle 874,000 tonnes, beating its 2016 volumes by 12%.

PACTL vice-president Christian Haug said 2017 was shaping up to be a particularly strong year: “Normally Europe is strong, or the US, or India, but I think this year there are no weak tradelanes in either direction.” he said.

And with August imports up 24.3% year-on-year, to 64,400 tonnes, Mr Haug noted that there was an almost even import-export split at the terminal.

“Basically, we have full flights in and full flights out. The import growth is driven by demand from Chinese consumers – for foodstuffs and perishable goods the demand is very high. But all commodities into China are growing,” he added.

Since opening a 100,000-tonne capacity cool centre last year, perishable volumes have grown quickly from Africa and other fruit-growing regions. However, it is fresh fish imports, such as salmon, that are having the biggest impact on perishables growth.

“The Chinese authorities made it easier to import salmon and the demand is very strong. We even increased our capacity of coolers in one of our warehouses because of the very strong demand at local restaurants,” said Mr Haug.

“What we see, especially with the freighter airlines, is that those which historically had additional slots, or were smart enough to request them, now use them all and do not cancel any flights. Whereas last year, it was quite common to see them take some flights out of the programme.”

With Shanghai approaching capacity, PACTL is already gearing up to handle the overflow via its Nantong Xingdong Airport Cargo Terminal. Located 130km from Shanghai, Mr Haug said the joint-venture with Nantong Airport had long term potential as a freighter hub once the customs issues were ironed out. Nantong is in a neighbouring province to Shanghai and thus under a different customs jurisdiction.

“But in terms of trucking between Shanghai it’s no problem at all,” he said. “Especially when you consider Zhengzhou, a city far north-west of Shanghai in Henan Province. It has a growing airport and you still see a lot of cargo going there from Shanghai because of the capacity situation here.

“So if we develop Nantong we can keep a lot of that cargo in this area.”

Looking ahead to the  final quarter, Mr Haug believes that with volumes already so high and capacity tight, there will be no big peak season.

“All year we have had a peak season. For example, the August numbers are comparable with what we achieved last year in October and November, normally the peak season.

“Many airlines are saying that because they’re unable to add additional flights, maybe here and there a bit more cargo will be coming, but overall you will not see a jump like you normally see. It will just continue and increase slowly increase.”