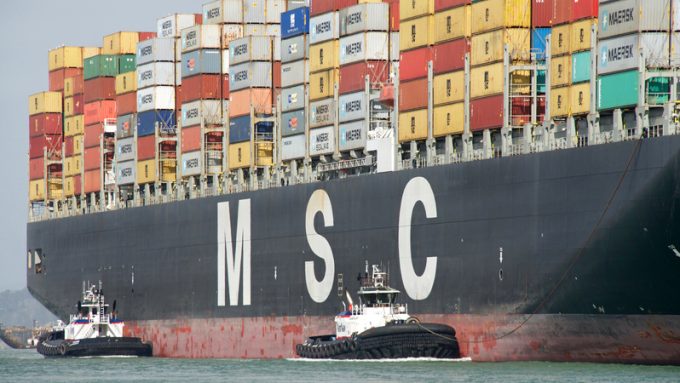 Geneva-headquartered shipping line MSC is “going back to its roots” with its recent purchase of 16 second-hand box ships, according to Alphaliner.

It was alluding to the first 25 years of MSC’s existence, when the carrier grew rapidly through second-hand vessel acquisitions before receiving its first newbuildings in 1996.

In the past four months, MSC has splashed over a quarter of a billion dollars on second-hand boxships as it prepares to usurp Maersk to become the world’s biggest container line.

According to Alphaliner, based on the declared price for 13 of the ships acquired, ranging from 1,730 teu to 8,500 teu, and market valuations for the other three, the carrier has tapped its private investors for around $260m since August.

“MSC has a track record of growing its fleet with substantial second-hand acquisitions, particularly when asset prices are low, something that its liner peers do not do, except on a small scale,” said Alphaliner.

One factor in MSC’s strategy was that several of the ships it acquired were already on charter to it and were tried and tested. Moreover, it was facing substantial hikes in daily hire rates and was under threat of losing the vessels to competitors and, potentially, conceding market share if it did not have sufficient capacity to cover its bookings.

A few of the ships it acquired had charters attached with other lines and, until these expire, MSC will operate purely as a shipowner.

Including the vessel purchases and its orderbook of 118,000 teu, MSC has drawn ever closer in size to 2M partner Maersk, which has a fleet capacity of 4.1m teu and is just some 125,000 teu ahead.

But during Maersk’s Q3 earnings call on 19 November, CEO Soren Skou said the carrier would not be looking to expand its fleet, saying ordering ships today posed a risk that the technology relating to the type of fuel used would be outdated before the end of the vessel’s life.

MSC has taken a different route in growing its fleet, with 434, or 75% of its fleet of 577 vessels chartered-in, which contrasts to the Danish carrier which owns 56% of its 704-strong vessel fleet.

As a result, MSC is more exposed to the skyrocketing charter market and is, therefore, taking steps to better insulate itself from the impact of daily hire hikes by increasing its ownership of the vessels it operates.