News / MSC may be gearing up to be 'master of its own destiny', outside the 2M 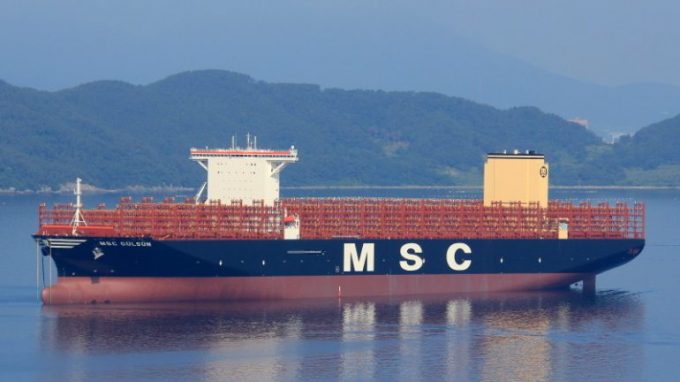 According to Alphaliner data, MSC’s orderbook now stands at an eye-watering 1.76m teu, equivalent to the total capacity of the fifth-largest ocean carrier, Hapag-Lloyd.

The statistic has left some questioning the future of the 2M Alliance.

Alongside its massive newbuilding programme, MSC has been very active on the S&P market, vigorously hoovering-up some 240 second-hand ships since August 2020.

This has taken its fleet to 4.5m teu, putting around 200,000 teu of capacity daylight between it and 2M partner Maersk.

Former Maersk executive, now CEO of MSC, Soren Toft, in his assessment this week of Q3 trading and outlook, warned there would be “some difficult quarters ahead”, due to a surge in inflation, interest rates and energy prices.

He added, however, that “there were a lot of reasons to stay positive, and we are developing other solutions, not only air cargo but also on the land side, to expand our service offering further”.

Meanwhile, the 10-year 2M vessel-sharing agreement between Maersk and MSC is due to expire in 2024.

At its formation in 2014, MSC was the junior partner, now, when considering the respective orderbooks, with Maersk having just 380,000 teu of tonnage due, the roles are significantly reversed.

An insider source told The Loadstar meetings between the two operational teams were often “fractious”, with “serious disagreements” on capacity issues on a regular basis having to be overruled “at the very top level”.

Check out this clip from the latest Loadstar Podcast Big Interview with GSF’s Jame Hookham on why shippers want a “more cuddly”, less fractious relationship with the box lines

Indeed, this has resulted in conflicting customer advisories on a vessel’s status and ETA. A Felixstowe-based NVOCC told The Loadstar recently he had been given two “very different” ETAs on the same 2M ship, and the local offices were “equally confused”.

However, last month Maersk CEO Soren Skou was very positive about continuing with MSC as an alliance partner – The Loadstar understands the 2M could be renewed on a rolling 12-month basis at the end of the 10-year period.

“The alliance has generated a lot of value for us and I’m sure it will continue to deliver value,” he told a Reuters journalist, “because combining the network gives us cost savings in being able to offer a much bigger network at lower cost, but it also gives us operational flexibility when it comes to adjusting capacity.

“Whether one [carrier] is slightly bigger than the other I don’t think really matters, compared to the value being driven by the combination of our fleets,” he added.

Nevertheless, with the Consortia Block Exemption Regulation (CBER) up for renewal in April 2024, and the EC being fiercely lobbied by shipper groups not to extend this “safe harbour for liner shipping”, carriers are having to consider the possibility that, in some jurisdictions, VSAs could be outlawed or at least forced to significantly change.

Lars Jensen, CEO of Vespucci Maritime, suggests that MSC, with its aggressive growth strategy, could be positioning itself to become a standalone global operator.

“Growing the fleet substantially opens the path to a future where MSC achieves a scale whereby it no longer needs to be a member of an alliance to field a broad and competitive network on the major east-west tradelanes,” he said.

“Essentially, it becomes master of its own destiny again,” added the analyst.