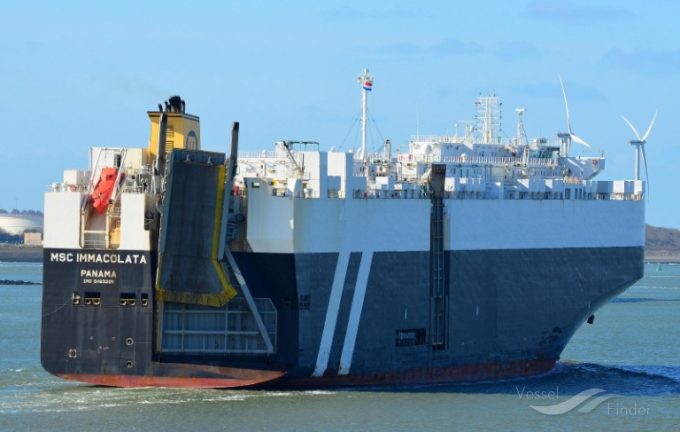 The Geneva-headquartered carrier will launch a fortnightly ro-ro service between North Europe and West Africa on 19 February, with a port rotation of Le Havre-Antwerp-Dakar-Conakry-Abidjan-Le Havre.

The service will deploy two vessels, the MSC Immacolata and MSC Cristiana, two pure car- and truck-carrier (PCTC) sister ships built by STX in Dalian and delivered in 2012 and 2011 respectively, each with a capacity of 6,700 ceu [car equivalent units] and owned by Greek shipowner Nikki Shipping.

MSC said: “In addition to rolling or wheeled cargo, this new service will have the flexibility to cover a range of out-of-gauge and breakbulk cargo, which will be typically large, heavy pieces or critical equipment for specific projects.”

Grimaldi operates 22 multipurpose ro-ro vessels on the trade, each able to accommodate about 2,500 lane metres of rolling cargo, up to 2,500 cars and 850 containers on their weather deck.

The line has sited its regional transhipment hub at Senegalese hub of Dakar, where it connects its services out of both North Europe and the Mediterranean into West Africa with its transatlantic services to South and North America.