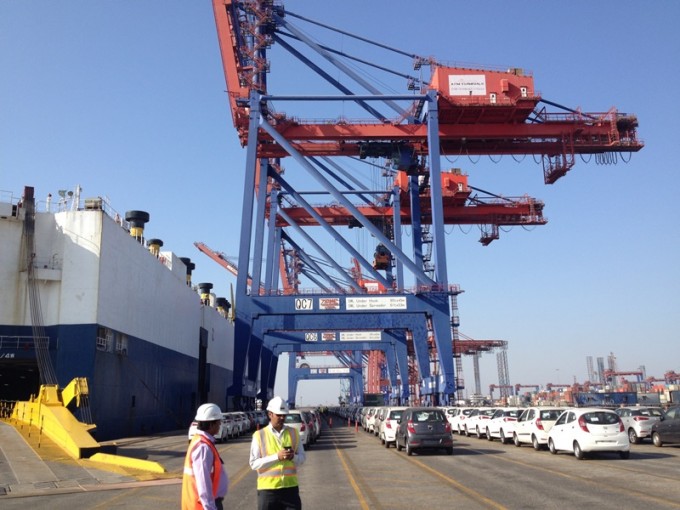 Cyclone Tauktae has forced the Indian port of Pipavav to shut, putting increased strain on the country’s shipping networks.

Pipavav, operated by APM Terminals, said it had declared force majeure and would suspend operations until 1 June, following the cyclone making landfall last week along the coast of Gujarat in the north-west.

With winds up to 185 kph, Tauktae is categorised as “extremely severe” and is one of the worst Arabian Sea-cyclones to hit India in a decade.

Pipavav said there had been no major damage to port infrastructure, but its power supply and communication links had been “disrupted”.

Its closure prompted forwarders to signal further cargo disruption, with containerships being diverted from the 1.35m teu capacity facility.

Sanjay Bhatia, co-founder and CEO of Freightwalla, said: “Vessels will now have to re-route or, most likely, discharge containers at other ports like Nhava Sheva [Mumbai]. This is expected to have a cascading effect on the shipping lines, importers and exporters.

“Supply chains have been reeling under the second [Covid-19] wave, and this will further aggravate the pressure with escalated cost and delay in shipments.

“It may also put a burden on other ports to manage discharged containers. This will result in delayed shipments, as exporters planning to ship cargo through Pipavav may suspend shipments temporarily owing to the additional expenses.”

Rakesh Pandit, CEO of Conbox Logistics, said the ports of Mundra and Nhava Sheva were already seeing schedule changes. He explained: “Some are running late and some early, which is really frustrating for exporters already suffering due to high freight rate levels.

“The space issue has re-emerged for various port combinations ex-India, so to be on the safe side, in terms of bookings and competitive rates, shippers are advised to plan shipments at least three-to-four weeks in advance.”

Meanwhile, India’s push to capture more transhipment cargo could also be affected by the extreme weather. According to The Hindu Business Line, Tauktae hit construction of Adani Port’s transhipment terminal in Vizhinjam, Kerala, another setback for the operator following several delays since the concession was awarded in 2015.

The terminal is being built to reduce India’s dependence on Sri Lanka’s Colombo port, a major transhipment hub in South Asia, but Vizhinjam will now not be completed until 2024, according to the media, meaning it will lose the “early bird advantage”, because Colombo’s newest terminal will likely be open first.