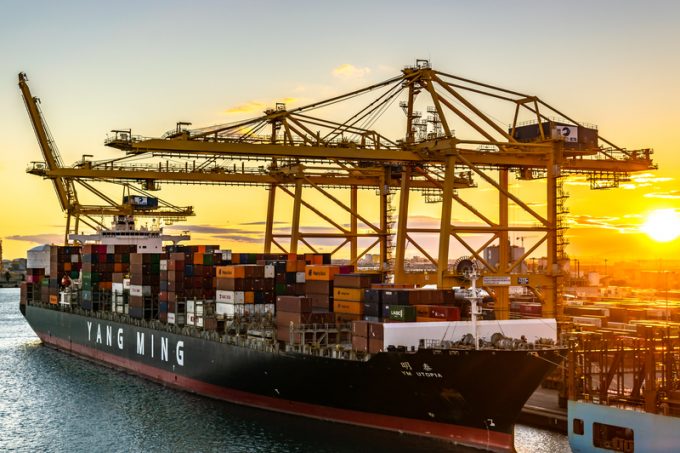 With Europe’s CMA CGM becoming the latest major container line to tap state aid, there are growing concerns that carriers will not compete on a level playing field post-coronavirus crisis.

The Loadstar reported yesterday on a €1.05bn loan secured by CMA CGM from a consortium of banks, 70% guaranteed by the state, and which can be extended by up to five years.

This followed South Korea’s $1bn bailout of its shipping sector, including flag-carrier HMM, which got $591m and this week took delivery of the second in a series of five newbuild ULCVs, the 24,000 teu HMM Oslo.

Meanwhile, Taiwan’s Yang Ming, already 48% state-owned is seeking fresh financial support, via a placement of 300 million preferred shares, which according to Alphaliner is “expected” to be funded by the government. Yang Ming reported a loss of $144m last year, following a $220m deficit in 2018, and today announced a net loss of $27m in 2020’s first quarter.

Interestingly, in its press release the carrier said the Taiwan Ratings Corps credit rating agency “considers Yang Ming’s role and link to the government will remain intact and the company will continue to benefit from favourable borrowing costs and sufficient liquidity support from banks in Taiwan”. The carrier reassured shippers and counterparties that “Yang Ming’s liquidity and refinancing risks remain low despite the Covid-19 impact”.

Before the announcement of state aid for CMA CGM, most Europe-based carriers had been critical of Asian peers receiving state subsidies. Indeed,  yesterday  Maersk chief executive Soren Skou described the state aid for HMM and Yang Ming as “totally unacceptable”.

Noting that the two carriers had not recorded a profit for several years, he added: “The EU needs to do something about it, as it is unfair competition.”

Mr Skou has long been a critic of state subsidy for shipping, and in 2018 complained about South Korean support for its shipbuilding industry. He argued that the yards should not be receiving bailouts to build ships for “carriers that are not profitable”.

Hapag-Lloyd’s chief executive, Rolf Habben Jansen, has also been critical of state aid propping up the balance sheets of ocean carriers, but last week told a press briefing he had “a certain amount of sympathy for the Korean government after what happened with Hanjin”.

He did, however, add a caveat that he would not like to see “too many” bailouts in the industry.