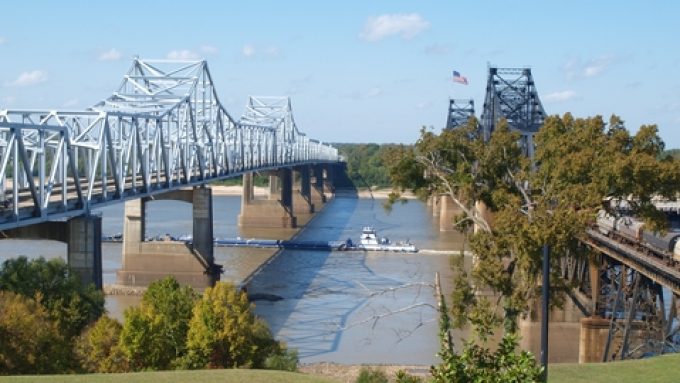 Anxiety has been growing among US agriculture exporters as barges limp down a Mississippi River hobbled by closures and stoppages.

And the US Army Corps of Engineers is engaged in a frustrating game of ‘whack-a-mole’, trying to unclog blockages along the river.

Water levels of the Mississippi fell to record lows last month with the persistent lack of rain and shipping has been severely hit by a combination of closures – to allow for dredging in critical areas – and pile-ups as vessels and barges ground in shallow water.

As soon as one blockage is removed, another occurs just along the river.

Back-ups have been reported along the entire length of the river south of St Louis and the problems have spread to the Ohio River, causing closures there too.

River gauges were already below low-water thresholds across the US by early October, with the biggest impact on the Mississippi and its tributaries, and meteorologists see no indication of significant rainfall that would improve the situation.

In some areas the Mississippi is severely clogged up, with long lines of tows and barges waiting to get moving again. One closure near Memphis a week ago snared 39 northbound barges and a staggering 710 barges headed in the opposite direction.

It is not only the glacial speed of traffic on the river that is impacting flows, it’s also the constraints on payload because of the low water levels. Until further notice, no barges with a draught in excess of 10ft 6in are operating. For the most part, the limit on operating draught has come down to 9ft 6in, which broadly translates into a payload reduction of 20%-27%.

At the same time, the number of barges towed by a tug has been cut to a maximum of 25, meaning fewer volumes carried or higher costs for employing another tug.

The woes on the Mississippi come at the worst possible time, as farmers are moving large volumes of grain and soybeans to international markets at this time. The Mississippi basin accounts for 92% of US agriculture exports and 78% of the world’s feed grains and soybeans. Nearly half of all US grain traffic (47%) is moved by barge.

Some soybean producers have been trying to ship their exports over other gateways to avoid the congestion on the Mississippi. According to reports, some shipments are routed to Washington State to catch ships to Asia, while other traffic is going through ports in Texas and Alabama.

A wholesale shift to rail or truck serving alternative ocean gateways is not on the cards, though. To begin with, the significantly higher costs of truck or rail would price some agriculture exports out of the market. Already, producers of beans have lamented that the elevated rates for barges (up over 200% from St Louis from a year ago) were too high for some overseas customers.

Moreover, there simply isn’t enough rail or truck capacity to move all those agriculture exports. A barge takes as much volume as 16 jumbo freight cars or 70 trucks. In addition, the congestion and delays in the US rail network are a further deterrent for shippers.

Peter Friedman, executive director of the Agriculture Transportation Coalition, pointed out that most US agriculture traffic moved on a north-south axis, whereas the nation’s rail network is chiefly east-west.

A report by the Department of Agriculture released on 20 October noted that demand for barges had retreated, as some shippers decided to delay deliveries until later in the year. In the following week, its inspections of soybean traffic registered a 12% drop in volume on the previous week.