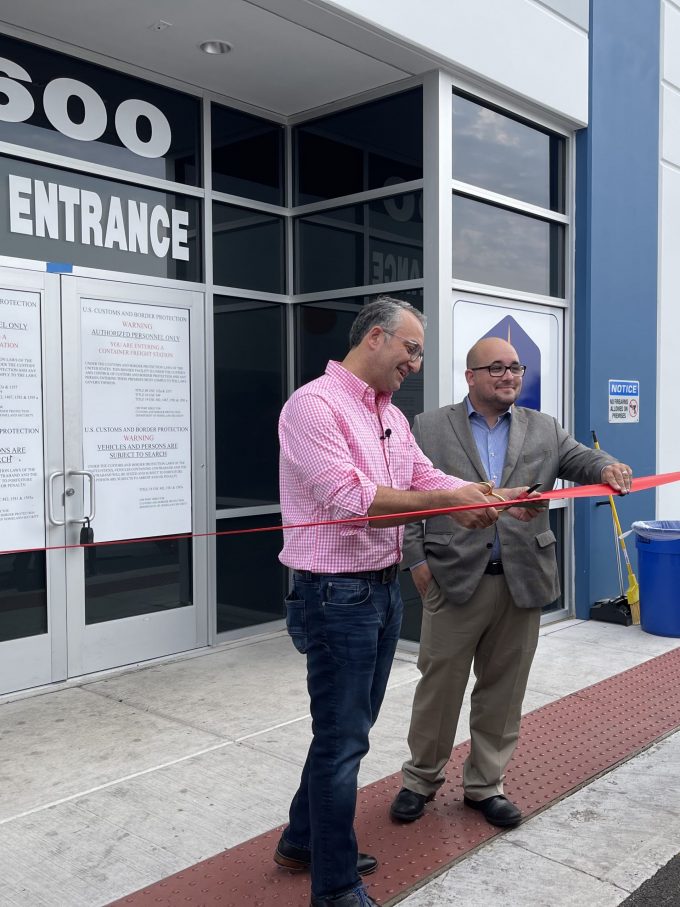 The building, located at 1600 Sherwin Avenue, is 164,000 square feet with sixteen dock doors and two ramps. Unlike many other airline and ground handling warehouses at O’Hare, this facility is open around the clock to provide truckers maximum flexibility to recover freight and utilizes CargoSprint’s SprintPass allowing them to make a reservation to pick up cargo.

“Air cargo arriving at O’Hare, either from an international passenger flight at Terminal 5 or a freighter arriving at our on-airport apron, is immediately transferred by rollerbed truck to Sherwin Avenue,” says MIC Cargo Chief Operating Officer Rafal Rapacz. “We have made it our goal to have import cargo available eight to ten hours after a flight arrives.”

With the exception of one airline customer, all shipper-built pallets and ULDs will be sent to Sherwin Avenue for recovery. All pharmaceutical cargo will remain at the company’s on-airport facility at 837 Patton Drive, home to MIC’s 12,000 square foot, three chamber, two temperature, GDP-certified pharma cooler.

MIC Cargo CEO Edip Pektas praised the partnership with the city of Des Plaines in expediting the building’s construction and their ability to quickly gain occupancy. He also indicated further enhancements to the building in the coming weeks and months.

“Our goal was to alleviate the congestion at our on-airport facility because our stakeholders – airline customers and the truckers, forwarders and customs brokers who represent the shippers – deserve a quality service at a time when supply chains worldwide are strained to the point of breaking,” Pektas offers.

Edip Pektas shared the future plans for the building which include additional dock doors, an automated rollerbed system and racking for thousands of pallets with automated retrieval capabilities.

“The cargo growth at O’Hare required us to take action. Our solution is two-fold; a larger footprint and a dedicated team of supervisors, managers and employees working tirelessly for our customers,” he says. “Delivering on further technology and automation will allow us to increase throughput and gain valuable floor space to work the continuous flow of arriving cargo by getting it off the ground and into the air until our customers can take possession.”