News / Airfreight handling should be like McDonald's – the same quality everywhere 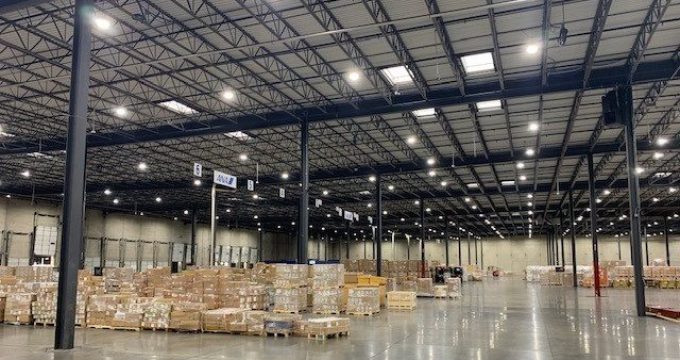 Jared Azcuy, CEO of Allied Ground International (AGI), is far from done with expansion after this month signing an agreement to take over Total Airport Services (TAS) to extend its footprint in the US market.

Taking over TAS, which performs handling at eight US airports, allows AGI to enter four new markets gain four stations where it already has a presence and expands its footprint to 29 locations.

“We will continue to pursue acquisitions that fit our strategy of expanding both our product offering and our global reach,” said Mr Azcuy, who envisages further expansion in North America.

But, he added, the next moves will likely come elsewhere – “we’re already starting projects into South America and Europe”.

AGI is not the only large handling outfit growing through acquisition these days; in early March, Swissport bought handler Belgium Airport Services, which has a strong base at Liege airport and clients including Turkish Airlines, El Al and Hongyuan Group.

Like AGI, Swissport is bent on further acquisitions. In March, it announced the recruitment of Pablo von Siebenthal as global head of mergers & acquisitions, from Kuehne + Nagel, where he had a similar role for four years.

AGI is expanding through a mix of takeovers and increasing its presence at other airports. Over the past eight months, it has boosted its footprint at JFK, Chicago O’Hare and Pittsburgh International airports. This opens the door further to multi-station agreements with airlines and carriers showing more interest in multi-city agreements, said Mr Azcuy.

In February, Turkish Airlines extended its engagement with Worldwide Flight Services (WFS) to Dallas Forth Worth and boosted their partnership in Houston from a freighter ramp handling contract to handle multiple freighter and passenger flights. The previous month, Polar Air Cargo added Los Angeles to the list of US stations where WFS performs its ground handling, stretching the list to eight stations.

Historically, these deals have primarily served to give the airline better negotiating leverage over handling rates, but they have come to concentrate more on service levels, said Mr Azcuy

“They’re all willing to pay a little bit more for higher value of operational excellence,” he said.

Consolidation leads to less choice, but the benefits outweigh the reduction there, he reasoned, pointing to ramp handling at O’Hare, where AGI was one of five operators that controlled certain numbers of freighter parking slots. This could leave slots unused that others needed, resulting in reduced freighter operations. To respond to the augmented cargo volumes, consolidation was needed there, he said.

“There’s still choice, but the problem is, when it’s too much and you spread the resources in too many pockets, they’re not utilised correctly,’ he added.

From an airline perspective, this is a balancing act. Sam Mendenhall, VP operations for American Airlines Cargo, said: “A competitive environment is motivating and begets innovation, discovery and varying value propositions. On the other hand, having consolidated handling across multiple stations streamlines processes and often technology too, which can lead to business efficiencies.

“Finding the correct balance of the two is key to success. Ultimately, our priorities when considering handlers lie in reliability, resources and relationships.”