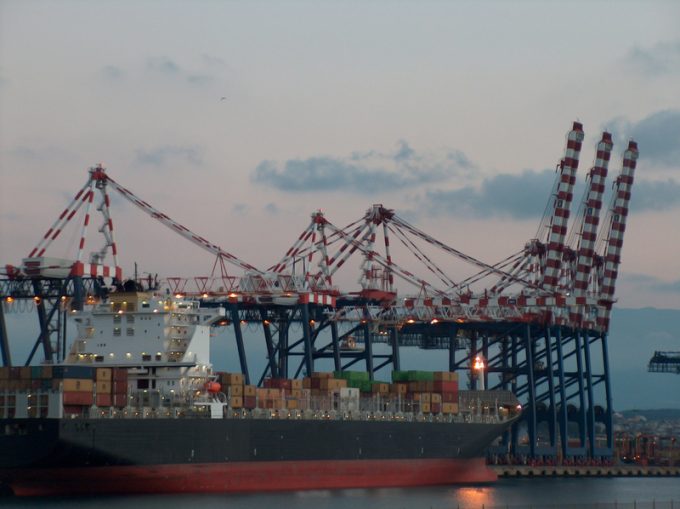 Italian terminal operator Contship Italia has confirmed it is in discussions to sell its Medcenter Container Terminal to MSC.

It’s a move that is likely to largely signal the end of common-user transhipment operations in the Mediterranean.

“Contship Italia has entered into negotiations with MSC for the sale of its 50% share in CSM Italia Gate, the company that controls MCT, Medcenter Container Terminal,” a company statement said.

“MCT is the concessionaire of the container terminal activities in the port of Gioia Tauro where MSC is already a partner and the main customer.

“During the negotiations, Medcenter Container Terminal will continue to be fully operational,” it added.

The two have been locked in a dispute for well over a year – Alphaliner this week reported that it centred on how much to further invest in a facility that over the years has morphed from a genuine common-user transhipment terminal into one dominated by MSC.

In the 2017 annual report of Eurokai, Contship Italia’s Germany-based parent company, there was a more acerbic assessment.

“MCT only has one customer, the world’s second-largest shipping MSC, which although a partner in the terminal is a very difficult shipowner customer.

Last year, Gioia Tauro saw throughput decline 4.5%, to sit at 2.29m teu, while Contship’s other transhipment facility, at the Sardinian port of Cagliari, saw volumes decline 50% due to the loss of a Hapag-Lloyd service.

Neil Davidson, senior ports and terminals at Drewry Maritime Advisors, told The Loadstar: “This deal, assuming it goes ahead (which seems highly likely), effectively marks the end of ‘independent’ non-liner affiliated transhipment hubs in the Mediterranean.

“Pretty much all the transhipment terminals in all the major hubs – Algeciras, Piraeus, Malta Freeport, Valencia, Tanger Med, East Port Said, Barcelona, Ambarli and now Gioia Tauro – will be directly or indirectly controlled by major carriers.

“Terminals not affiliated with carriers, like Cagliari, are struggling, while Malaga entered and left the market, and is now back only thanks to support from Maersk.

“It will be interesting to see what happens with former Evergreen hub Taranto – without any business since 2015 – now that independent terminal operator Yilport is taking it over.

“That said, Yilport has close links to CMA CGM of course, with parent group Yildirim holding a significant 24% stake in the company,” he said.

Containership owners are instructing their brokers not to entertain fixture offers of less than 12 ...

Digital forwarder Forto will offer climate-neutral solutions across its portfolio by 2025 – but it ...