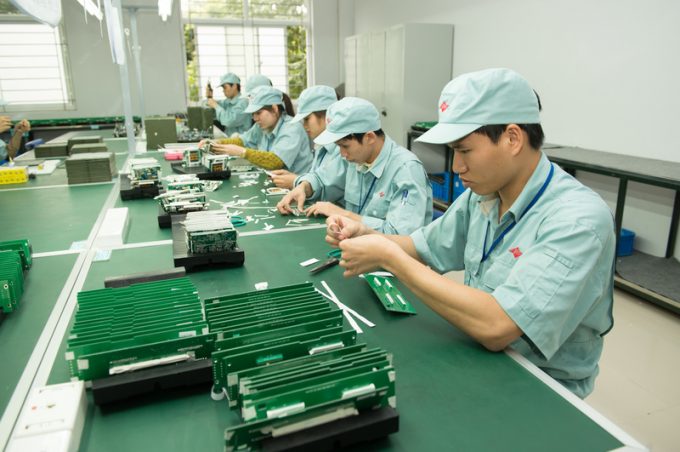 AirBridgeCargo Airlines (ABC) is ramping up its footprint in South-east Asia.

In February, the cargo airline added Dhaka to its network with a twice-weekly service to hoover up garment exports from Bangladesh.

“The country’s emerging volumes tipped over 25% growth last year as the number of manufacturers based in the country increased,” said ABC general director Sergey Lazarev.

And the following month, the carrier announced it was stepping up its presence in Ho Chi Minh City to a twice-weekly frequency, having entered that market last year.

South-east Asia has risen in prominence on the radar screens of European and North American importers, in the wake of the trade conflict between China and the US, which fuelled speculation that companies would shift sourcing away from China to avoid hefty tariffs. The region is widely regarded as the logical alternative.

Chinese manufacturers themselves have also looked to shift production to neighbouring countries, as the trade dispute has led to sharp drops in demand for their exports, forcing them to cut back.

Meanwhile US retailers have signalled that they are evaluating a change in their supply chain, but do not so much contemplate a wholesale shift from China, so much as diversification, moving a portion of their sourcing.

“It is a hot topic. Our customers are interested,” confirmed Robert Reiter, chief executive South-east Asia for DB Schenker.

This is not to say that a tidal wave of migration is in progress. The overwhelming majority of companies have adopted a wait-and-see stance, while it is unclear how the negotiations between Beijing and Washington will fare.

Moreover, it is hard to discern how much migration is the result of the trade confrontation. Manufacturing of low-end items started shifting out of China years ago as labour costs continued to rise. For the most part, it has been garment manufacturers and producers for the retail sector that have moved so far, except for some companies from the technology sector, Mr Reiter noted.

Vietnam has been the main focus for the migration of production out of China, he confirmed. According to its ministry of planning and investment, Vietnam had attracted $10.8bn in foreign investment this year as at March 26, up 86.2% on a year earlier.

Mr Reiter said it was difficult to separate organic growth from momentum resulting from the migration of production into Vietnam. Either way, the country’s infrastructure has been strained by the rapid growth, from logistics infrastructure to the labour pool.

“Blue collar is not an issue, but as soon as it goes up the ranks it’s quite a bit of a challenge,” Mr Reiter reported.

The situation has spawned rumours of companies that allegedly shifted production from China, only to find that the local setup could not cope, forcing them to return to China. Mr Reiter has not witnessed such a situation nor found credible reports to that end, but the logistics infrastructure is struggling.

There is a lack of modern warehouse space. Spotting an opportunity, some landlords have moved into warehousing, but often they are not used to the dos and don’ts of international business, he said.

And the growth has been a challenge for Vietnam’s ocean and air cargo facilities, which have been struggling for years to cope.

Arguably, the most notorious bottleneck is Ho Chi Minh City’s airport, which has no room to expand, hemmed in by buildings on all sides. The authorities have talked of a new airport for the country’s commercial hub, but few expect the situation to be resolved in the near term.

“I’ve been reading about a new airport for Ho Chi Minh City for the past 10 years,” one logistics executive commented wryly.

Lift capacity has been less of an issue, especially regarding connections to markets in Asia and Europe. As for North America, the US Federal Aviation Administration bequeathed Category One status to Vietnam’s air safety system, opening the door to Vietnamese airlines to fly to the US. Vietnam Airlines is reportedly planning flights to California, but pundits argue that the economics are stacked against a profitable operation.

Mr Shah said he would like freighter capacity to Vietnam, but it would be challenging to find the right economies.

“You’d fly a lot of extra block hours compared with Shanghai or Hong Kong,” he said.

Other countries in the region, such as Cambodia and Myanmar, have shown growth, but nowhere near that of Vietnam.

“Cambodia is more of an ocean consolidation market,” noted Mr Reiter. “In Myanmar, the growth numbers look good, but growth is from a small base.”

DB Schenker is poised to increase its footprint in the region, planning a warehouse facility in Myanmar to come on stream in the first half of next year. Likewise, a warehouse is planned in Vietnam. In Thailand, the company opened a 32,000 sq metre facility, which is going well.

“We’re looking at the next one,” Mr Reiter said.

Some 4,500 flights out of major Chinese airports have been cancelled this week, owing to ...