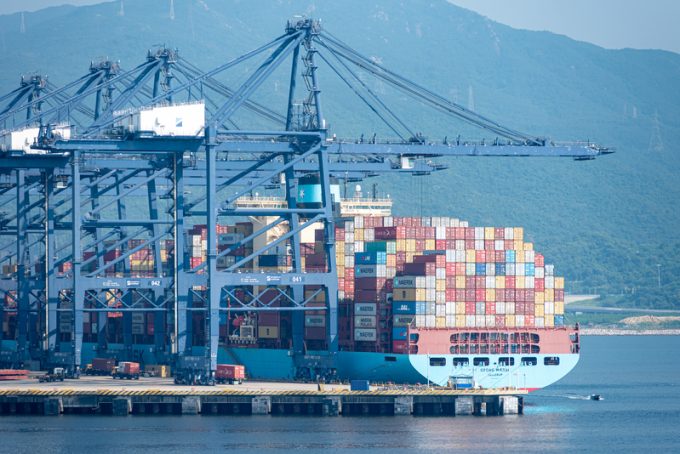 Maersk says it is offering shippers the opportunity to slow cargo arrivals from Asia destined for European and US ports to help retailers manage bloated inventories.

The initiative from the Danish logistics integrator comes as demand for retail-lifestyle products from Asia plummets.

It warned: “The change from sudden boom into a low-demand situation will require further adjustment in customers’ sourcing and purchasing plans, as well as carrier networks, which can lead to uncertainties and further disruptions to the supply chain in coming months.”

Maersk said that, with projected reductions in cargo demand, it was introducing “further measures to match cargo capacity with expected volumes on key tradelanes”, but in the case of blanked sailings or vessel slidings, it said its aim was to offer alternatives to “minimise the impact on customers’ business”.

“Our overall goal remains to provide our customers with predictability and to ensure minimal disruption to their supply chain,” it added. “High inflation levels and the cost of energy continues to be a key concern for consumers, and at present is reducing demand for transport services.”

Morten Juul, Maersk’s Asia Pacific regional head of ocean management, said that the pace of market normalisation had been “faster than expected”, with the combination of lower sales and reduced congestion resulting in full warehouses in the US and Europe.

Nevertheless, he said he expected inventory levels to stabilise during the current quarter and there would be a return to a “normal booking pattern”.

“At Maersk, we are working closely with our customers to support them during this period of turbulence, offering options of both speeding up and slowing down cargo arrival to match the temporary change in demand pattern,” said Mr Juul.

The problem of bloated retailer inventories is contributing to the stubborn existence of landside congestion at North European container hub ports, despite reduced throughputs.

However, the main UK box terminals at Felixstowe, Southampton and London Gateway are not reporting any landside issues at present, suggesting either that retail sales are strong or, more likely, that demand has collapsed.

Moreover, the recent labour strikes at Felixstowe and Liverpool appear to have had relatively little impact on the UK’s supply chain. In fact, Maersk attributed the “less severe” effect on its vessel schedules from the most recent stoppages to “declining volumes”.

Meanwhile, on some tradelanes, Maersk is struggling to maintain its contract rates against a backdrop of weak demand, intense competition and heavy discounting.

For example, on its Asia-South America west coast services, it said, fulfilment of its long-term contracts “continues to be on the low side due to a large gap between short-term and long-term rates”, and that it was, therefore, focusing on Maersk Spot.