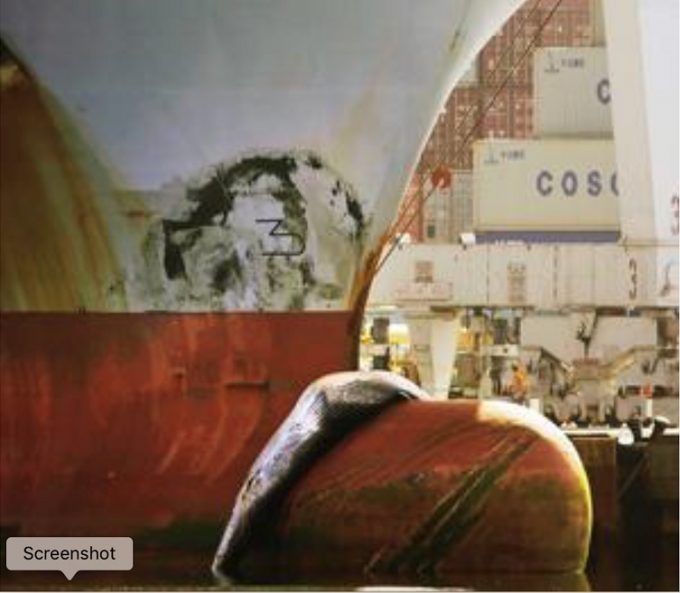 An angry Conservation biologist, Man Against Xtinction, also known as MAX citizen attorney general, has initiated a court case in the US District Court of Massachusetts against international shipping lines Cosco, CMA CGM and MSC in a bid to protect whales.

In a case that could, ultimately, shut US ports, court documents claim a failure to enforce the Endangered Species Act (ESA) of 1969 has led to the near extinction of a number of species of whale that currently feed, mate and co-exist with the international maritime industry in areas supposedly protected by the ESA.

Court documents assert: “It is scientifically demonstrated that shipping and fishing activity off the US Atlantic coastline are the greatest anthropogenic sources of death and injury to these whale species and their essential marine coastal habitat.”

Ships calling at Massachusetts Port Authority facilities must pass through the breeding and feeding grounds of these whales and the noise and chemical pollution is preventing the mammals from communicating, feeding and caring for their young, while the speed of ships is causing fatal accidents, further reducing whale numbers.

Richard Max Strahan, who filed the law suit, told The Loadstar: “I’m asking the court to shut down Massachusetts Bay for three to four months of the year and to enforce the 10 knot speed limit at all times.”

Mr Strahan says he will also seek to enforce ESA in other jurisdictions, including Charleston in South Carolina and Jacksonville in Florida.

Port authorities and the US Coast Guard can now track ships and their speed in protected areas and should enforce the law, he says, but if the maritime industry refuses to protect the whales then the ports must be shut down to protect these endangered animals, argued Mr Strahan.

In the recent Oceans Conference, organised by the United Nations with a view to implementing policies to meet ‘Sustainable Goal 14’ of the UN, some 150 countries signed up to the Lisbon Declaration, including the US.

The US declared: “We are deeply concerned by findings about cumulative human impacts on the ocean, including ecosystem degradation and species extinctions.”

The Lisbon treaty went on to say that the governments recognised the urgent need for change and “are committed to halting and reversing the decline in the health of the ocean’s ecosystems and biodiversity and to protecting and restoring its resilience and ecological integrity”.

The Lisbon Declaration will be a welcome fillip to Mr Strahan’s case, which he expects will lead initially to the carriers attempting to have the case dismissed.

CMA CGM has, however, come forward with a proposition to fit its ships with devices that will allow crew to monitor whale movements and therefore avoid accidents.

According to Mr Strahan, up to now the “courts have been complicit” in the demise of biodiversity in the US coastal regions, ruling that “enforcing the ESA would impose too costly a financial burden on fishing [and other] industries”.

Mr Strahan believes the law is on his side, however, citing a Supreme Court ruling in 1978 in TVA v. Hill when the court concluded that “judges cannot use ‘too costly a financial burden’ as an excuse in refusing to enforce the ESA against any commercial activity by shutting it down to prevent future injuring of an endangered animal”.

That judgement may be given extra force by the Lisbon Declaration and the need to protect the planet from the worst excesses of climate change.

MSC, Cosco and CMA CGM have been contacted for comment.