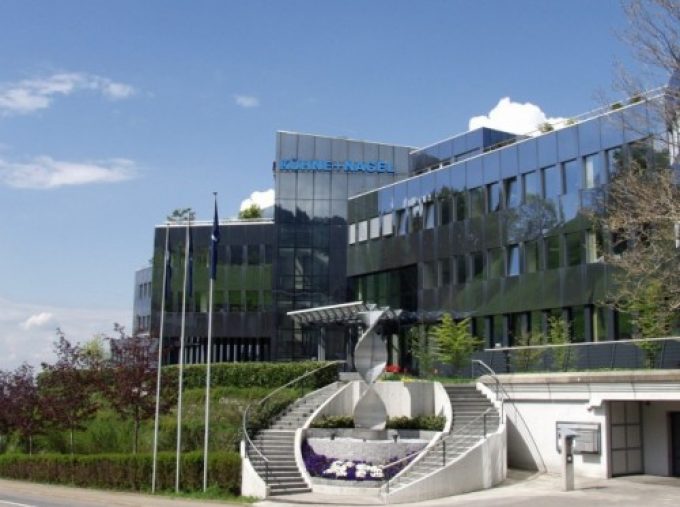 Despite a return to growth in its bottom line, Kuehne + Nagel’s nine-month results released today failed to impress investors.

The forwarder remains some way off analysts’ expectations for full-year 2017 targets.

Following a first quarter which saw profits decline year-on-year, followed by flat results for the six months to June, K+N now reports growth in net earnings for the nine months to September – albeit of just 1.3%, to Sfr540m ($553m).

The weak return in profits came despite revenue for the nine-month period, increasing 10.4% year-on-year to Sfr13.5bn, with gross profits climbing 4.8% to Sfr5.1bn.

While the company itself issues no forecasts (bar an EBIT growth ambition of 5% annually), a spokesperson said internal targets had not changed in response to the latest results.

However, investment analyst Exane noted that the third-quarter results were “marginally” below its own estimates, but “more substantially below Bloomberg consensus”.

Royal Bank of Canada also said the forwarder would need to sharply increase profits in the final quarter, pulling in Sfr220m compared with a quarterly average of Sfr180m.

The Loadstar’s financial analyst, Alessandro Pasetti, said part of the problem appeared to stem from the increase in third-party costs outpacing growth in revenue.

“In our third quarter, though, we have seen prices increase from Sfr321 to Sfr327 per teu – the first increase in almost six quarters.”

Mr Tretzger said the recovery in per teu pricing had created a less volatile market, although he felt that it had taken longer than expected.

He added: “Some of our competitors read the market differently to us and went in with rates that were not sustainable in the long term – in some cases, they opted to give business back.”

As has become usual for K+N over the past nine months, it continued to outpace the market in terms of volume growth across the modes. Sea freight volumes were up 8%, in contrast to market growth of 4-5%, leading to a 9.5% upturn in revenues, but it failed to convert this into profit, which was down Sfr32m to Sfr308m.

Conversely, air freight continued to build on the momentum generated in the previous quarter, with volumes climbing by 19%, or 180,000 tonnes, to generate profits of Sfr227m, up 3.2% year-on-year.

Over the three-month period to September, K+N announced the acquisitions of Kenyan perishables specialist Trillvane and US-based air freight forwarder Commodity Forwarders International (CFI). Mr Tretzger said the performance of these two companies would be noted in the next round of results.

He added: “In air freight, there has been growth all round, but exports from Asia and Europe have been particularly good.” Likewise, the overland and contract logistics divisions saw volumes, revenues and profits all climbing year-on-year.

Overland revenues increased 5.2% to Sfr2.3bn, with profits doubling to Sfr36m, while contract logistics revenues climbed 5.5% to Sfr3.5bn leading to a 14% increase in profits, which hit Sfr114m.