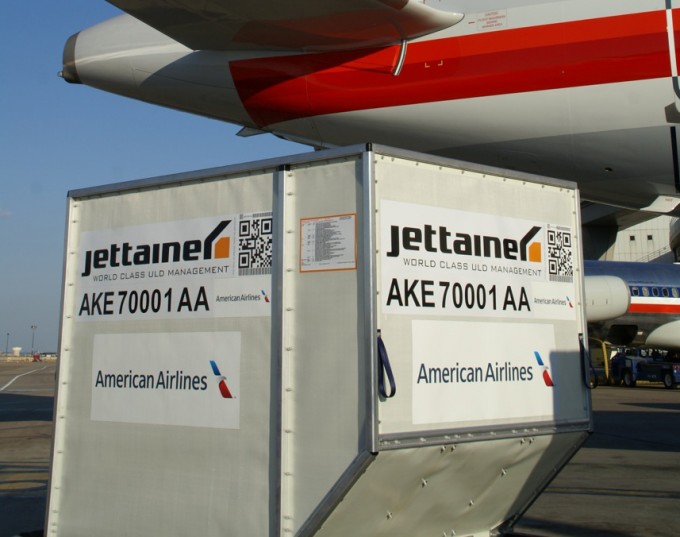 Small and mid-size airlines hoping to boost cargo revenue can now obtain a simple ULD management system – but its cost will be critical for cash-starved carriers.

Jettainer has launched a basic service called plug&fly, which will give airlines “quick and easy” outsourced ULD management.

Airlines with up to 2,000 ULDs would see their fleet “optimised” by 15%, with ULDs available anywhere at “transparent fixed prices”.

The ULD management company claims plug&fly is “seamless to implement” and “the fastest way to positively influence the cost and efficiency of ULDs for an airline”.

“Big carriers are not the only ones who get to enjoy optimised ULD fleets,” said Jettainer MD Thomas Sonntag. “Many other airlines with fleets of up to 2,000 ULDs can now reap the rewards too.

“To arrive at this destination, we had to take a separate, more streamlined, approach that we are now rolling out with plug&fly.”

The fixed pricing model is guided by the number of ULDs owned by the airline, and Mike Duggan, director of international cargo business development at Eastern Airlines, a small carrier with cargo ambitions, said the product looked interesting.

“It’s much more difficult for small airlines to manage, especially the imbalances. Problems can be further exacerbated by passenger issues – we offer extra baggage as one of our core products, so we use ULDs for passenger baggage, but often need PMCs on the return, for example.

“It can also be hard to know how many ULDs you have; smaller airlines won’t have tracking systems or audits, and it can be hard to find them, especially in some developing countries where they tend to sprout feet and walk off.”

Eastern Airways leases most of its ULDs from ACL, which, said Mr Duggan, is used to working with smaller carriers and was “responding to our demand for more ULDs”.

But he added: “You do sometimes feel, as a smaller carrier, like a bit of a thorn in their side.

“If Jettainer is launching a product aimed at smaller carriers, we would definitely take a look. But I wouldn’t be surprised if ACL and Unilode follow suit. They already supply smaller airlines.

“But one of the problems with a product focused on an owned-ULD fleet is that smaller airlines might not want to invest much in ULDs. Cash is king at the moment, and it could be slightly self-defeating to invest in ULDs for cargo revenues. Cost will be critical.

“If another provider, for example, is adequate, there would be no need to change for a more perfect service at a higher cost. It’s a fine balance.”