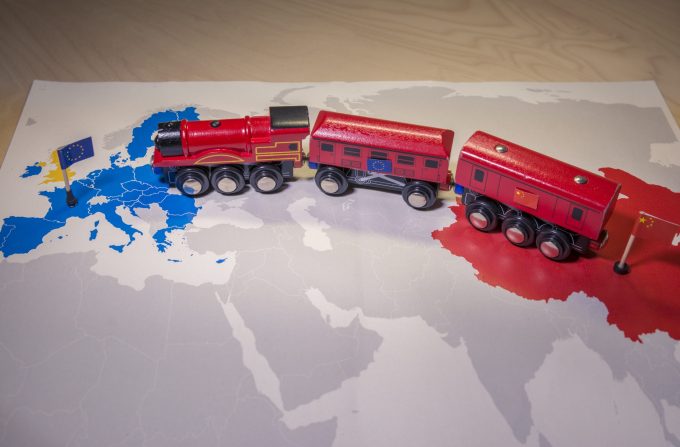 China-Europe rail freight is readying for life after subsidies, as forwarders say it’s time for “quality over quantity” along the New Silk Road.

The subsidies, provided largely by the Chinese central government, have been a key factor driving rail freight growth over the past half-decade.

For example, volumes jumped ten-fold, from 142,000 teu in 2016, to 1.33m teu during the first 11 months of 2021, a 30% year-on-year increase, according to the latest figures from China’s National Development and Reform Commission.

At their peak, subsidies were $3,000-$5,000 per container, signalling the importance of the rail networks’ success as the marquee policy of Beijing’s Belt & Road Initiative.

These huge incentives courted their fair share of controversy – most notably in 2019, when a Chinese media outlet claimed local governments in China were incentivised to inflate the number of train services with empty containers.

Since then, the subsidies have been reduced, however, and now stand at around $1,000 per 40ft container, according to Jacky Yan, founder and CEO of New Silk Road Intermodal.

He told The Loadstar: “China’s central government will phase-out the subsidies by the end of 2023 – it was planned to be the end of 2022, but this was extended a year due to Covid-19.

“There are also some subsidies from provincial governments, and they will continue to support freight trains, but at a much lower level.”

In previous years, the end to subsidies may have caused concern among stakeholders, but with the current high demand and rates, the industry consensus seems to be that government support is no longer needed. For example, Mr Yan said, China-Europe freight rates are around $13,500 per 40ft, still historically high, although down from the heady days of the $18,000 peak seen earlier this year.

“This doesn’t include pre-carriage costs, which vary from $600-$2,000, depending on the shipper’s location,” he added. “Without the subsidy, the westbound rate will probably go up by around $1,000.

“However, it has a greater impact on eastbound trains. For example, the rate for eastbound is around $100 per COC [carrier-owned container], while the real cost is more than $3,000, so the government is subsidising more on eastbound to get the containers back.”

As a result, he explained, the subsidy phase-out would keep freight rates elevated, and prompt the industry to put more emphasis on quality over quantity, given the congestion troubles and extended transit times experienced this year.

Mr Yan added: “Smaller rail terminals with none or less subsidy from local government will be forced to close down the service, so more volumes will be diverted to bigger rail terminals like Chengdu, Chongqing, Xi’an, etc.

“Furthermore, service quality will be the key factor for customers to choose rail over other modes.”