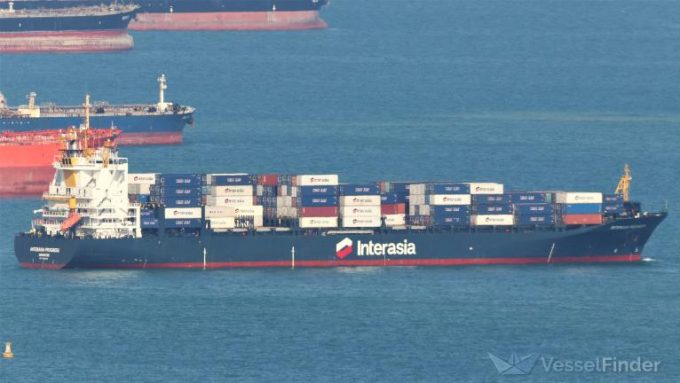 The ships are similar to a dozen other vessels commissioned in June 2021 by Taiwanese intra-Asia carrier Wan Hai Lines at the same shipyard, which is a joint venture established between Imabari Shipbuilding and Japan Marine United Corporation in January 2021.

While the newbuilding price was not disclosed, the Wan Hai-commissioned newbuildings are now valued at about $42m each. Interasia Lines is now ranked 33rd among liner operators with total capacity of 41,222 teu, including 17 owned ships.

While Interasia Lines’ current shareholding structure is obscured by the use of Liberia-incorporated holding companies, the company is still widely perceived as being controlled by the Chen family which founded Wan Hai.

Interasia Lines focuses on services between East Asia and Southeast Asia and operates independently from Wan Hai, although the two have a number of vessel and container partnership agreements. Both companies are also known to regularly charter their ships to each other.