News / Innovation is the only way to keep Amazon at bay, says DHL 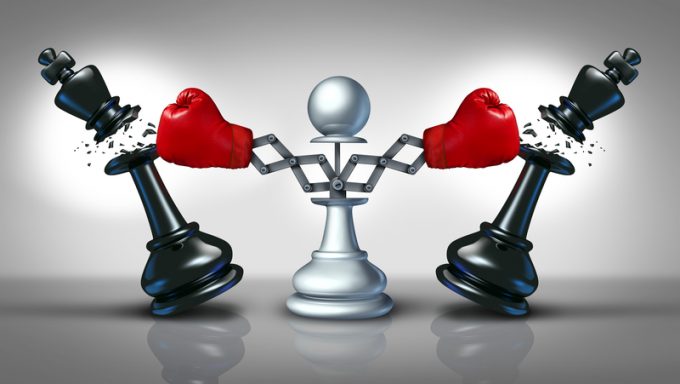 Innovation is vital for logistics operators wishing to fend off competition from e-commerce giants seeking to enter the sector.

“Alibaba, Amazon, Asos, Ebay, and Etsy, these are all our customers but to keep them we must continually innovate and keep moving forward,” said Mr Allen.

“We need to do this to make sure we can service the needs of these big businesses and to keep them on the books as customers and to stop them becoming our competitors.”

Over the past half-decade Amazon has been increasing its activities in the logistics sphere, having launched an airline in 2015 and its own brokerage service in 2016.

Even so, DHL does not envisage the world’s largest online retailer to be a threat to its operations, with chief executive for the Americas, Mike Parra, telling Congress as much.

“Well, it is one of our largest customers globally, so is undoubtedly friend, and I don’t see that changing any time soon...

“But even it did, it is not so big that [its loss] would bring us to our knees.”

While fear of Amazon may drive DHL towards innovation, it said it wants to innovate for all its customers.

Mr Allen said the services and systems developed by the team would also be used to help smaller customers, noting that “anyone can be an entrepreneur and anyone a customer”.

“We are in the digital revolution, which came in the wake of globalisation, which played a big role in driving growth at DHL,” he continued.

Foremost in the mind of Mr Allen and other DHL executives speaking at the launch was the rising demand for automation across operations.

Labour-constrained markets, like those in North America and Europe, are seeing the cost of personnel increase, with labour now accounting for 40 to 60% of US warehouse costs.

Global head of innovation, Matthis Heutger, said: “There needs to be a shift to autonomous processes, but not to the exclusion of workers, more a case of them working with robots.”

Mr Heutger also added that the purpose of automation was to improve the labour force’s working conditions.

However, it seems that in regions where the cost of labour remains low, the company is less determined to automate processes.

Mr Allen said that while a robotics solution suitable for Germany may also work for Argentina, the timing may be different.

“In developing countries where labour costs are low and the workforce easy to come by, the percentage of labour costs for total business costs is obviously lower,” he said.

“So we will look to roll out robots in regions with high labour costs, and high labour shortages first, as these regions are much more immediately dependent.”