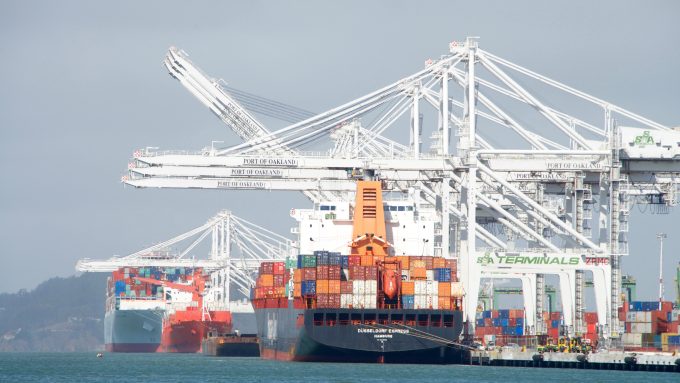 A US longshore union representative has laid the blame for supply chain woes across the country on foreign companies, including shipping lines and terminal operators, that have failed to invest in staff.

Frank Ponce De Leon, coast committeeman at the International Longshore & Warehouse Union coast longshore division, told the US House Subcommittee on Coast Guard and Maritime Transportation that foreign conglomerates were more interested in short-term profits than benefiting the US economy.

“Make no mistake, the shortage of containers and delays in goods movement are a direct result of rent-seeking by the foreign conglomerates who lease the vast majority of America’s marine terminals – terminals that are, in fact, mostly publicly owned,” he said.

The ILWU official, a longshoreman for nearly 40 years, said he did not question foreign companies’ right to make profits, but said their margins were based on taxes paid by US citizens to dredge, build and maintain ports, terminals and other infrastructure.

He explained that the ILWU believes: “We have a responsibility to ensure that our national freight supply chain is used to benefit all Americans including the port workers the ILWU coast longshore division represents.”

According to Mr Ponce De Leon, there are solutions to the chronic supply chain deficiencies and the authorities must act now or “face a continuing decline in the resiliency of our supply system and increasing delays and bottlenecks”.

He pointed to the system for handling chassis prior to 2015, a “long-established system” which saw the chassis for truck and rail movements maintained and stored at ports, making the equipment readily available for use. In 2015, terminal operators outsourced chassis handling to third parties.

“Since then we have regular chassis shortages and a backlog of out of service equipment. No chassis mean trucks cannot pick up the containers that are stacked in our ports.”

Additionally, the third-party ownership of the chassis system means that truckers are often forced to make an additional stop to pick up or return a chassis, “significantly slowing the movement of containers”.

Mr Ponce De Leon added: “In fact, we currently have a terminal at the port of Los Angeles operating under the old model that is charging shippers a premium for this ‘expedited’ service. We believe federal policy should press at a minimum for a return of chassis repair and pickup to the waterfront as soon as possible.”

“Crew size is determined by these largely foreign-based operators that try to complete the work at the lowest possible cost. We frequently see scenarios in which calling larger crews, or additional workers, in key positions would substantially increase the number of moves a crew can make. When lower operational costs are more important than overall productivity, congestion increases and the larger economy suffers, argued the union official.

Moreover, the union fully supports the expansion of working times to include night and weekend gates, saying that union staff would welcome the extra work.

“Opening the ports around the clock would go a long way to easing the congestion and keep cargo flowing, said Mr Ponce De Leon, adding a cautionary note, however, that expanding working hours was not decided by the union.

“We also note that simply expanding gate hours will have no benefit if the next points out into the supply chain are closed for the night or weekend. Night and weekend gates work best when they are part of a coordinated effort to move goods.”

According to the union, terminal operators have relied heavily on casual labour in an effort to reduce costs and that reliance had given rise to an untrained workforce with little commitment to the work.

“We welcome the long overdue hiring of over 3,000 new workers at the ports of Los Angeles and Long Beach over the past year,” said the union official. However, he pointed out, around 90% of them were casual labourers that could only perform basic functions such as the lashing of containers on vessels and driving yard tractors.

“They cannot operate cranes, top handlers, side picks and other container handling equipment, because they lack the hours of experience to earn their registration status – and only then would they begin the weeks-long process to train to operate complex equipment,” Mr Ponce De Leon told the subcommittee.

The union also voiced what many shippers had suspected all along, that the demurrage and detention charges originally designed to maintain the flow of containers into and out of a port, have more recently become “a profit centre for the carriers and terminal operators”.

The ILWU says the vessel operators have increased their fees annually even during the pandemic.

“Larger-volume shippers can often avoid the fees, due to preference handling provisions in their contracts that grant priority movement of that shipper’s containers. This premium service is yet another profit centre for carriers, but also complicates and slows the overall processing of cargo,” concluded Mr Ponce De Leon.