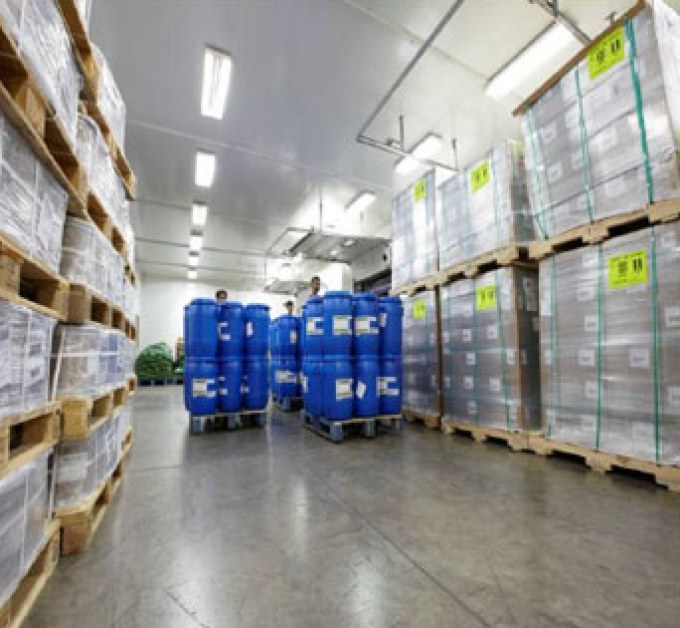 It was an increasingly – and justifiably – confident India on show at Air Cargo India last week in Mumbai.

India has long been full of potential; that is now being realised.

The new pharma centre at Mumbai Airport, said to be the world’s largest airport temperature-controlled facility and which opened last month, is a case in point. The Cargo Service Center (CSC)-operated facility, which took some four years to build, offers state-of-the-art facilities for export cargo. It is the first airport in the country, and the third in Asia to obtain IATA’s CEIV Pharma accreditation.

The Export Cold Zone has 12 truck docks, for pharma and agro-cargo, two floors, freezer chambers, cold rooms, 80 pallet positions and handling capacity for 600 tons of pharma a day  – which certainly appeared to be the case on a very busy Thursday last week.

The perishables centre was stacked with Indian vegetables – turmeric root, yams, beans – proof, if any was required, that India has invested in its infrastructure and sees exports as a critical economic pillar.

As Tushar Jani, chairman of CSC said when the facility opened: “We have created a world-class facility and now the time has come when the world has to compete with India.

“India is moving towards capturing a significant share of global generic drug market from the current 20% market share in terms of value. Pharma Excellence Center will play a vital role in this stride, it is a temple where professionals of pharma companies like Sun Pharma, Lupin, Glenmark can brainstorm on innovative ideas and contribute in achieving excellence in the pharma handling processes.”

The change in Indian confidence was palpable, but delegates, talking to The Loadstar on the sidelines of the event, said there was no desire to become the next China.

“We are also a service economy,” said one, “and the English language sets us apart from the Chinese. We also have technology and innovation – we are not the ‘world’s factory’.”

But India’s share of global trade is only 1.7%, explained another delegate, “so there’s lots that needs to be done.”

Burgeoning exports have led the government and corporate world to focus on logistics infrastructure, such as the new pharma centre. Alongside the five-year air cargo implementation plan, is another to develop India’s airports – 16 greenfield sites are in development.

“We have a middle-class population of 450m; the production is there, the demand is there – it’s just the logistics that needs to catch up.”

Richard Theknath, managing director at forwarder Jet Freight agreed there was work to do.

“Without help from the government, and a macrolevel level view, we won’t progress. There is new technology we can bring into India. But it’s not quite happening at the moment. It’s not the air freight, it’s not the handling, it’s something else.”

While there are still challenges to overcome, confidence in India is soaring, a result of government support for business, said delegates.

“In India, business was seen as something bad, wrong,” said Sujan Roy, head of international business, passenger vehicles, at Tata Motors. “That mindset has changed, and as India becomes more confident our engagement will increase. It’s a much more confident country, like China was 10 years ago.

“There are so many opportunities. Ignore India at your peril.”

The year 2020 has been unlike any other for air cargo: the industry has accomplished ...