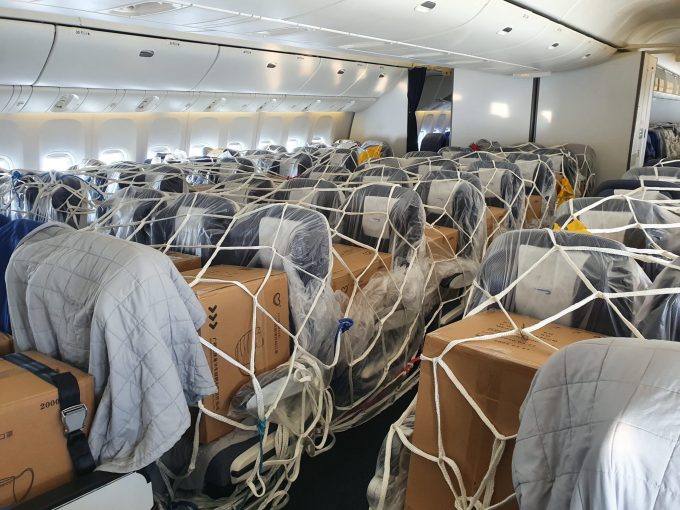 IAG Cargo’s strategy of setting up a scheduled cargo network of passenger-freighters while the majority of its aircraft were grounded, has paid off.

IAG Cargo was quick to adjust to Covid and, as the virus rampaged around the world, set up a network of scheduled cargo and charter flights.

One UK customer said he had been impressed with the network, but noted that it was important for the airline to retain its cargo customers.

“IAG Cargo has been keeping the cost quite high. But it’s reliable and direct, so I am happy to pay for it.”

Lynne Embleton, chief executive of IAG Cargo, said: “We rapidly developed one of the most comprehensive networks of scheduled cargo-only flights available; a network of over 340 scheduled flights a week, built around our customers’ needs and tailored to the most important cargo flows.

“We have reconfigured aircraft to maximise cargo capacity, removing seats and using overhead lockers. These were important capacity solutions, albeit ones that brought additional operational complexity and cost.”

The carrier formed a charter team which, in the second quarter, organised 615 flights, of which 416 were for the UK, Irish and Spanish authorities.

With the second-quarter results now out for the three US majors and IAG, none of which operate widebody freighters, it has become clear which carriers decided to invest in their cargo networks and retain customers – and enjoy extremely high yields.

United and IAG are in direct contrast to American Airlines and Delta Cargo. While American was more aggressive in keeping its domestic fleet flying, cargo operating revenues fell 41% to $130m, with cargo ton miles down 72% to 176. Cargo yields per ton, however, more than doubled to $0.74. Delta barely mentioned cargo in its results, but did admit that its revenues fell 42% to $108m.

“The pandemic continues to greatly impact the air cargo industry and businesses at large,” said Ms Embleton. “It has been a busy and challenging three months. We are pleased to be supporting our customers throughout this unpredictable and changeable operating environment”.

Total cargo revenues grew just 6% to €566m, while traffic in revenue tonne kilometres was down 44%.