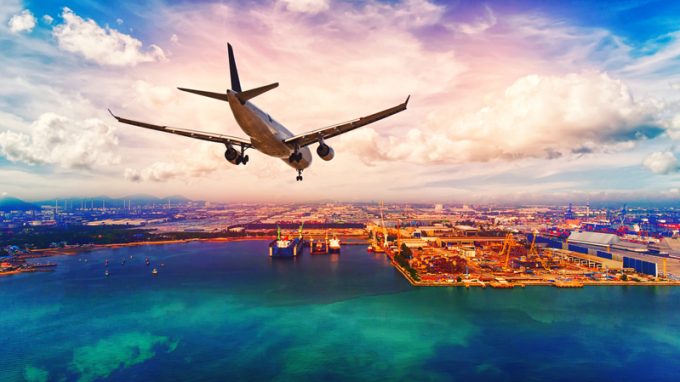 While Maersk, CMA CGM and MSC are each seeking a bigger footprint in logistics, and in air freight in particular, there are clear differences in how they are going about it, according to Ludwig Hausmann, who leads the air cargo service line within the global transport and logistics practice of McKinsey & Co.

Over the past 18 months or so, driven by the cash amassed from the exceptionally high level of ocean shipping rates, Maersk has acquired an additional forwarding arm, Senator International, a specialist in air freight, as well as e-commerce logistics fulfilment players and cross-border parcel shipping platforms – for example, B2C Europe.

In April, Maersk launched Maersk Air Cargo, borne out of Star Air, with plans to operate five aircraft: two 777Fs and three leased 767-300Fs for deployment on flights between Europe (Billund, in Denmark) and China. Provision is also made for three new 767-300Fs to fly US-China routes.

“I don’t think Maersk is focused on creating another kind of scheduled air cargo network, but rather using planes to support at least one vertical, which is cross-border e-commerce, with its own uplift,” Mr Hausmann told The Loadstar in an interview

“The planes could also be used for charter operations, or be wet-leased out for shorter periods of time to e-commerce giants, etc. But, as I see it, Maersk isn’t trying to compete with the likes of Lufthansa Cargo and Cargolux on scheduled services with those aircraft. It appears to have a clear strategy on end-to-end logistics and, as part of that, wants to cover more bases in the value chain itself.”

Mr Hausmann emphasised that CMA CGM’s emergence as an air freight ‘disruptor’ had been different, principally because the ocean shipping line teamed up with a major ‘legacy’ player in Air France-KLM Cargo.

He said it was difficult to know whether the trigger for launching its own cargo airline was the struggle Ceva and other forwarders were having in obtaining air capacity during the Covid crisis. Nevertheless, it was clear the Marseilles-based group came to the conclusion that “if we can do ocean, we can also do air”, while at the same time realising it could only work with the right fleet, the right IT support and the right ‘critical mass’.

This left CMA CGM the choice of either ‘scaling’ itself, and replicating the success of Cargolux, Air France-KLM and others, or partnering with one of them, Mr Hausmann noted.

The decision was made when an opportunity came along for a cash-rich container shipping line with the support of the French government to participate in the recapitalisation of Air France-KLM.

“As a bargaining chip, CMA CGM requested more or less a kind of merger of its air freight operations with those of Air France-KLM Cargo and, hence, a win-win situation emerged.

“For Air France-KLM, it has access to additional freighter capacity, adding to the belly capacity it offers and it can basically control the Paris and Amsterdam market even more. But I think the win on CMA’s side is bigger, because Air France-KLM has over the period of a decade built up a sales force, an IT system, products and booking platform, as well as established forwarder relationships that CMA will be able to piggyback on.”

The Switzerland-headquartered group, family-run like Maersk, has submitted a joint bid with Lufthansa to gain control of Italian state-controlled ITA Airways, formerly Alitalia.

“At this stage, frankly, it’s difficult to see MSC’s ambitions in air freight. ITA is operating a long-haul network out of Rome, which is possibly the worst airport in Italy for freight, because the vast majority of volumes originate in the northern part of the country around Milan. And if you truck cargo, Frankfurt is probably the better option. That’s why it’s always been hard to generate high cargo yields out of Rome.

Mr Hausmann speculated that, with the northern Italian market being an interesting one, an MSC/Lufthansa/ITA business plan could entail positioning two or three freighters in Milan, served by road feeder networks.

“Hardly a big profit machine, more a test balloon, a pilot. For Lufthansa, what’s likely, in the short-term at least, is that cargo co-operation is limited to belly space on ITA’s passenger flights, the kind of set up it has with its subsidiary airlines, such as Austrian and Brussels.”

The main gripe of forwarders critical of ocean shipping lines’ move into air freight is that it will become increasingly difficult to obtain capacity with their airline subsidiaries and partners, and that preferential access will be given to their own ‘in-house’ forwarders.

However, Mr Hausmann believes this is unlikely.

“Looking at the CMA CGM-Air France-KLM partnership, you may have a situation where, for example, Ceva has a kind of ‘first refusal’ on capacity. But Ceva could never use all of it anyway. I certainly don’t see a concerted policy being adopted whereby one forwarder is systematically given priority for its shipments over all others in terms of capacity and pricing. It simply wouldn’t make good business sense.

“What’s more, Air France-KLM Cargo has one of the best booking interfaces in the industry, which works particularly well for smaller forwarders because the bigger ones have standing EDI connections and a different way of approaching the airlines.”

“So I don’t think the intent is to cut forwarders out. I would say this is rather an expression of fear on the part of smaller players worried about what could happen and are keen to make their voice heard and not be forgotten.”

Mr Hausmann said it was worth noting that in terms of rates, it was usually the bigger forwarders that get the largest discounts from airlines (as volumes come into play) and that business with smaller forwarders is, on average, more profitable.

“So within their customer portfolio, it would not be in the interests of airlines to tie themselves to a single forwarder or a select few.”