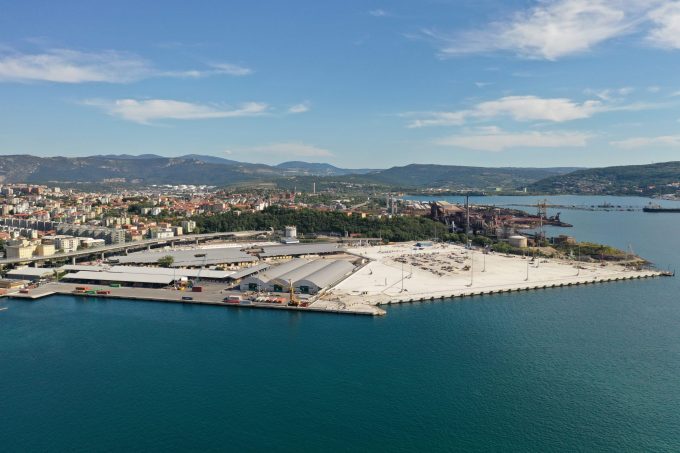 Hamburg-based container terminal operator HHLA is set to enter the Italian market, agreeing to buy a majority stake in the under-development Piattaforma Logistica Trieste (PLT) terminal in the port of Trieste.

HHLA will acquire 50.1% of PLT’s share capital in a deal expected to close in January that will likely coincide with the launch of terminal operations.

New quays have been constructed at the 28ha site, which will enable it to handle container and ro-ro vessels and offer an annual handling capacity of 30,000 teu and 90,000 ro-ro units.

Trieste, in the northern Adriatic, has been positioning itself as a gateway to Central and Eastern Europe and as an alternative to North European hubs that have traditionally served those regions.

HHLA chair Angela Titzrath said the acquisition “fitted with the company’s plans to develop a pan-European intermodal network” – its rail freight subsidiary, Metrans, already has a service calling at the port.

“The Adriatic region has been developing very dynamically in the past few years. As the northernmost port in the Mediterranean, Trieste is the southern gateway to Central and Eastern Europe,” she said.

“The terminal gives us the opportunity to actively participate in, and help shape, new and changing cargo flows and underlines our ambitions to grow internationally.”

Francesco Parisi, chairman of PLT, added: “HHLA’s participation strengthens the growth prospects of PLT and of the entire port of Trieste. Our development strategy fits with HHLA’s orientation.”

The new terminal will add further competition, both within Trieste and the wider north Adriatic area. Currently, Trieste Marine Terminal (TMT) is the sole container operator in the port, and according to the eeSea liner database, last year it handled just under 690,000 teu with an annul capacity of 900,000 teu.

But it is a crowded region in terms of ports, and HHLA has stiff competition from neighbouring Koper in Slovenia and fast-growing Rijeka in Croatia, where international terminal operator ICTSI has built a new facility also targeting Central European container supply chains.