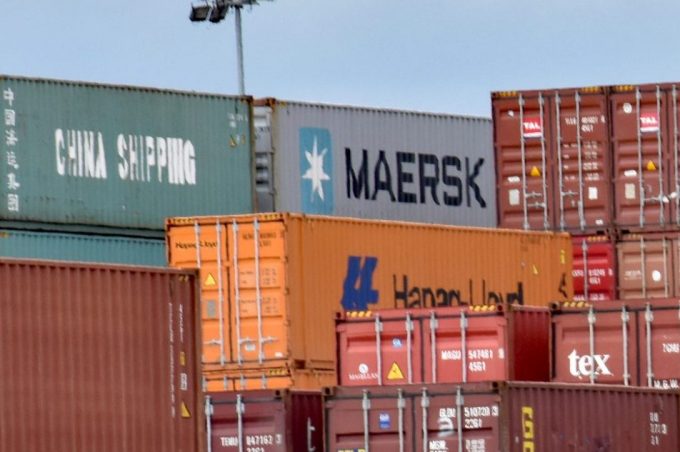 The extraordinary shake-up of the shipping industry continues as it emerged yesterday that, following recent share price movements in European bourses, Hapag-Lloyd was recently worth as much as $10bn more than the entire AP Møller-Maersk group.

Another way of putting it is that the market cap of Hapag-Lloyd is currently equal to AP Møller-Maersk and Zim combined.

From the close of Friday’s trading to midday yesterday, the spread in respective market capitalisations has widened from about $4.5bn to as much as almost $10bn – by way of comparison, Zim’s market cap was around $8.5bn, before this week’s drop to $7.4bn.

Loadstar Premium editor Ale Pasetti explained that a key reason for this was the extremely small percentage of Hapag-Lloyd’s share count that is freely floated – just 3.6% of its shares are traded on the Frankfurt Stock Exchange, with the remainder held by long-term cornerstone investors Klaus Michael Kuehne, CSAV, the Qatari and Saudi sovereign wealth funds and the City of Hamburg. So a price increase over a relatively small number of trades can have a dramatic effect on its market value.

“Essentially, Hapag-Lloyd is an almost private yet public company that has been granted the luxury of trading on the stock exchange, with the regulators totally overlooking its tiny 3.6% free float, typically a direct function of volatility in bid-ask spreads,” said Mr Pasetti.

“Sailing towards new records, incrementally adding artificial value, the Germans and their investors are exploiting a stunning regulatory loophole that we’ve questioned in the past.

“Add to this a total lack of oversight from the regulator [BaFin], that bent the rules in its case because there exists a shareholder pact that is more senior – hence ranking higher – than all other laws with regard to certain thresholds around which a takeover by shareholders is mandatory.”

In comparison, Maersk‘s free float stands at over 40% of its total share count, although the ongoing share buyback programme should lead to a reduction in stock outstanding, currently at around 19m.

On almost every other metric of course, AP Møller-Maersk remains a far bigger company, but that’s not how value in financial markets is perceived.

Of course, in terms of fleets sizes, scope of operations and staff numbers, the two companies are of a different order – according to Alphaliner data, Hapag’s fleet, both owned and chartered, is 247 vessels for a combined 1.74m teu capacity, while Maersk’s 737 vessels provide it with 4.28m teu of capacity.

The capacity gap between the two will narrow slightly over the next couple of years – Maersk has 29 ships for 319,100 teu on order, while Hapag-Lloyd currently has 22 ships on order, which will add 415,588 teu of capacity, reflecting the different fleet expansion strategies of the two carriers.

According to vesselsvalue.com data, the owned segment of Maersk’s fleet is worth $30.14bn, while Hapag-Lloyd’s fleet value is just over half of that, at $15.42bn… and that is before we take into account the terminals, logistics and other services that APMM subsidiaries operate.

However, the strength of Hapag’s share price against that of Maersk’s – which has been in decline since the beginning of the year, and shed almost 5% in value today – could also be attributed to investors rewarding the German carrier for delivering higher returns.

Look at the respective profit per teu, as calculated by Sea Intelligence (chart below), Hapag-Lloyd’s was $939 per teu, compared with Maersk’s $686, so you could argue that the market is pricing in this difference and rewarding Hapag. But then, if that was the only consideration, Zim should be worth at least twice as much its current value.