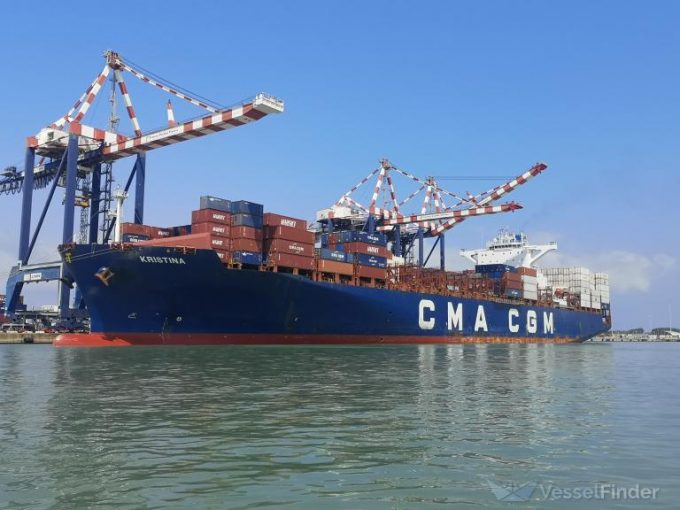 Hapag-Lloyd has forward-fixed the charter of six 6,900 teu post-panamax ships for when their five-year charter with CMA CGM expire in 2023 and 2024.

Their charters expire between Q4 23 and Q3 24 and the new charters, with Hapag-Lloyd, are also for five years, followed by two 12-month extensions at the option of the charterer.

According to GSL, the charters are expected to generate an ebitda of approximately $13.1m per ship, per year, suggesting a daily rate of around $36,000.

Currently a modern post-panamax ship of this size might be expected to generate around $60,000 a day on the spot market, but owners are becoming increasingly concerned about the outlook and are now more interested in locking-in their ships for longer periods, despite not necessarily achieving current market rates.

Executive chairman of GSL George Youroukos was keen to emphasise the revenue backlog afforded by the charters. He said: “These new forward charters provide a significant extension of our contracted revenue streams through to nearly the end of the decade.”

GSL owns 65 ships, ranging between 1,118 teu and 11,040 teu, which it charters out to ocean carriers including Cosco, MSC, Maersk and ONE, as well as Hapag-Lloyd and CMA CGM. It has an average remaining charter term of four years for its fleet and contracted revenue of some $2.8bn.

Meanwhile, in August’s MSI Horizon containerships report, there are warning signs for the charter market and shipowners in its short-term outlook forecasts for earnings and second-hand values.

For charter rates, MSI’s forecast is for a sharp correction in achievable daily hire prices from now through to Q1 next year. For example, a typical 4,300 teu panamax could see its earnings fall from the high of $100,000 a day in the first half of this year, to $60,000 a day by early next year. This would also ultimately impact the asset value of the vessel, halving it to around $50m.

Nevertheless, to put these numbers into context, prior to the pandemic the owner of a panamax ship was fortunate to earn $15,000 a day on typical three or six-month fixtures that normally included idle time and positioning costs for the account of the owner. Moreover, its value would have been just ahead of its scrap value, at around $10m, compared with the peak of the market in Q1 this year in excess of $100m.

MSI said that, although tight supply would “act as a shield for time charter rates” in the coming months, the downward trend would continue, “with the decline being more evident in the spot market than in time-charter rates”.

It added: “While time-charter rates are expected to remain at historically elevated levels, we expect increased releases of effective capacity back into the market will see assessed rates move further downward in coming quarters.”